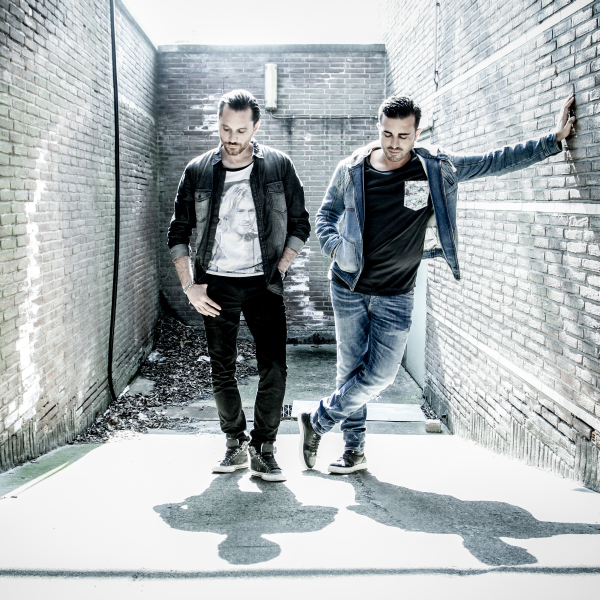 Gabriel Vezzola and Steven Willems A.K.A Gabriel & Castellon, are NOT the new kids on the block. They have been around the scene for years.

Releasing on high profile labels and getting support from the big guys behind it, Gabriel & Castellon sign their tracks to Roger Sanchez's label Stealth, Ministry of Sound, Nocturnal (Defected) which is run by the Shapeshifters, Fedde le Grand's Flamingo Records, Little Mountain Recordings from Sander Kleinenberg and many many others.

Always delivering proper house with their crystal clear productions and their overwhelming energy when they play live, they have build quite the fan-base worldwide as they've performed in the UK (Brighton) Coalition, Greece (Crete), Denmark (Copenhagen), Germany (Frankfurt), Spain, Balearic Islands, (Mallorca & Ibiza), Curacao and so on it just keeps getting bigger!

Radio stations across the globe have picked up their sound and give the G&C massive support like: Pete Tong BBC Radio 1, Radio 538's Dance Department, Release Yourself, Defected Radio, Ministry of Sound, just to name a few.

In 2013 a new style started to submerge from the depths of the scene and Gabriel & Steve felt an urge growing inside. Sure, Deep house is considered a new style, but for Gabriel & Castellon it's actually going back to their roots.

Pure HOUSE, based on melodies, creativity and flow.

But if they wanted to follow that path it would mean to hit the erase button. Many artists wouldn't do so out of convenience or to avoid the hurdles, but there is one thing you should know about the G and C: they are crazy enough to do so!

They started only focussing on doing their own thing again and bend the rules like they were used to. Now after months of hard studio labour, they have a fresh new E.P on the way through New York's based Nurvous Records, made an official remix for Dotan of his new single "Home" out on Universal Records and theyíve signed their new single "That Thing" on Scandinavia's most prominent Dance label Sony Disco:Wax

Gabriel & Castellon is bigger then ever and Deep is the new House.