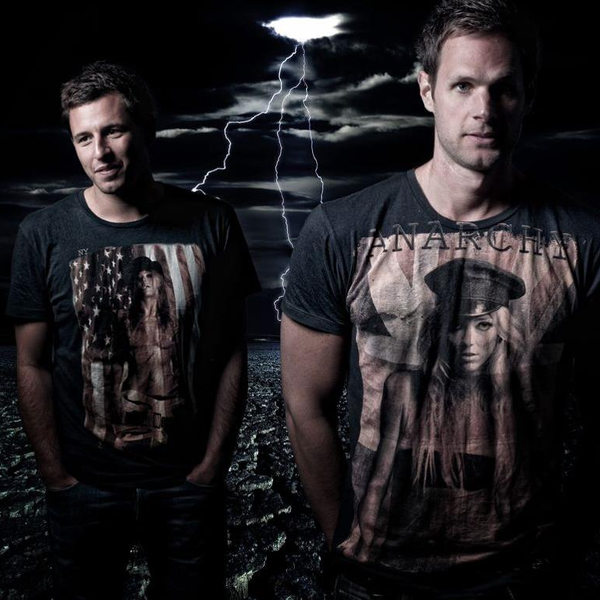 Brighton boys Ben Prok & James Fitch joined forces after meeting in a record store in 2006. Both DJ's in their own right with 18 years experience between them, they discovered that their tastes were very similar and became the formidable DJ duo we know today. After much success they decided to extend the spark from their sets behind the decks, into the studio: the creative synergy and hard work that ensued lead to the conception of their first creation - Outro Lugar. The debut was instantly picked up by none other than Roger Sanchez, who gave it some serious spins and signed it to his Stealth label. Hype built quickly around the release – and accelerated Prok & Fitch’s exposure, leading to a prime slot at the 2008 Miami Winter Music Conference, where Prok & Fitch joined Sanchez as special guests.

Fast forward to present day and Prok & Fitch have an extensive portfolio both behind the boards and the decks with remix credits including 2 national top 10 hits in the last 6 months, working with artists such as Utah Saints, Freemasons, Shamus Haji, Kraak & Smaak, Funkerman, Cevin Fisher, Funkagenda, Hoxton Whores, Filthy Rich, Kid Massive, Shikstylko, Freejak, Bruce Aisher to name but a few! Their sound is bouncy and energy fueled, drawing elements from all genres of house music, making themselves suitable for all floors. Whether it is a main room full of ladies or the dark confines of a sweaty after party; they play for the dance floor and never cease to please any crowd! Prok & Fitch have honed their sound to reflect the very essence of what they stand for 100% pure and undiluted flat out house music – an ethos that they have galvanized in the creation of their record label 'Floorplay' described by Prok & Fitch as: "Nothing pretentious, nothing too underground, just house music made for the dance floor with the quality stamp from Prok & Fitch! Floorplay aims to provide the worlds finest DJ's with solid, peak time tracks from the creme of up-coming talent" With signings & remixes already lined up from Filthy Rich, Daley Padley , Nice7, Belocca & Sonnec, and Alex Font, support is growing fast with the worlds heavyweights already on board and with all releases getting select remix treatment from Prok & Fitch – this label is poised to set the bar in up and coming dance music.

They've already played together all over the world and their gig list shows how quickly their sound is spreading, with dance floors including Mission (Leeds), Pussycat (Germany)& SeOne (London), Honeyclub (Brighton), Turnmills (London), 360 (Dubai), The Key (London), Budha Del Sol (Valencia), The Cross (London), Guru (Spain), Bora Bora (Ibiza), and Creme 21 (Germany) included in their ever growing repertoire!. They've also been picked up as residents for the uber cool Hat Club, as well as being snapped up for 4 major festivals , the Stealth ADE party and some exciting ventures in Ibiza this year! It’s no surprise that with all this going on, press and industry alike are hot on the heels of Prok & Fitch, with support coming in from figures such as Roger Sanchez, Pete Tong, Carl Cox, Axwell, Laidback Luke, Mark Knight, Fedde Le Grand, Chris Lake, Funkagenda, Paolo Mojo, Stonebridge and Lenny Fontana. Prok & Fitch have garnered some serious attention from Radio and Print too with countless cool cut & buzz chart entries from the Worlds finest DJ's, alongside constant support from Radio 1 and a slew of magazine coverage from mainstream publications such as M8 and Mixmag – the media have tipped them as One to Watch for 2008 and it's clear to see why.

Prok & Fitch have got to be one of the busiest duos in the country this year, with a label launch, a relentless DJ schedule and releases on labels such as Ministry, Stealth, Phonetic, Jalapeno, Big Love, Lowered Recordings, WhoreHouse (Hoxton Whores), Housesessions, Odyssey Music, and Noir Music. The industry have recognized the talent of Prok & Fitch and put them in the spotlight, and the plot thickens as further support pours in.
LATEST TRACKSPOPULAR TRACKSDJ TOP 10s
1234...37
TRACK
ARTISTS
LABEL
GENRE
Sort