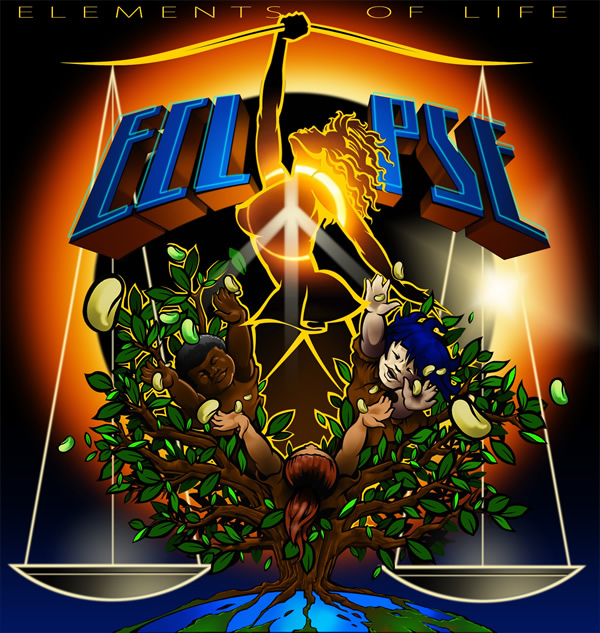 Elements of Life: The Eclipse, set to be released on March 19th, 2013. The Elements Of Life band, along with Josh Milan (Blaze), Anane Vega, Luisito Quintero and other musical guests will perform a 2 hour show of songs from the new album Elements Of Life 'Eclipse', as well as Elements Of Life Original Classics. The band will begin a world tour to promote the album WINTER 2012, beginning in Durban, Johannesburg, South Africa and Mozambique. After the show, the party will open to the public (Depending on Venues), DJs will include Louie Vega, Anane Vega & Josh Milan (Blaze).

Elements of Life along with a host of talent, including a hand-picked nine-piece all star orchestra will perform a variety of styles: African, Jazz, Latin, Soul, Brazilian and World Music. 'I tailor-made the songs to each singer. Once they dropped lyrics on the grooves, the music was made to fit them like a glove' explains Vega.
The featured artists on the album are seasoned singer/songwriters Josh Milan and Anane Vega. Anane has been described as a modern-day Gal Costa, transferring lyrics from a song into her own emotional catharsis. Josh Milan of the seminal house producers Blaze has been compared to the late, great Donnie Hathaway and is an accomplished jazz keyboardist.
The band, along with Anane, Josh Milan, Luisito Quintero and friends will perform songs from the newly anticipated release, Elements of Life: The Eclipse, along with music/songs from the Original Elements Of Life Debut album.

'This album is a tribute to all women, bringing together a colleague of female talent from many genres of music today, and also conveys a strong message to the Children Of The World', explains the prolific producer and Grammy Award winner, Louie Vega. Still keeping the EOL sound of the original with artists Josh Milan and Anané Vega, it now explores and pays respect to the rare grooves and r&b good feel vibes with Lisa Fischer & Cindy Mizelle. Ursula Rucker and Oveous Maximus (reknowned poets) tell the story with their unique style of spoken word and create the glue to bring the variety of music together. It’s a double album taking you on a trip from the streets of NYC/Puerto Rico to Brazil, Africa all the way to the islands of Ibiza and everywhere in between!

Love Has No Time Or Place
Extended Version (9:02)
Louie Vega, Elements Of Life