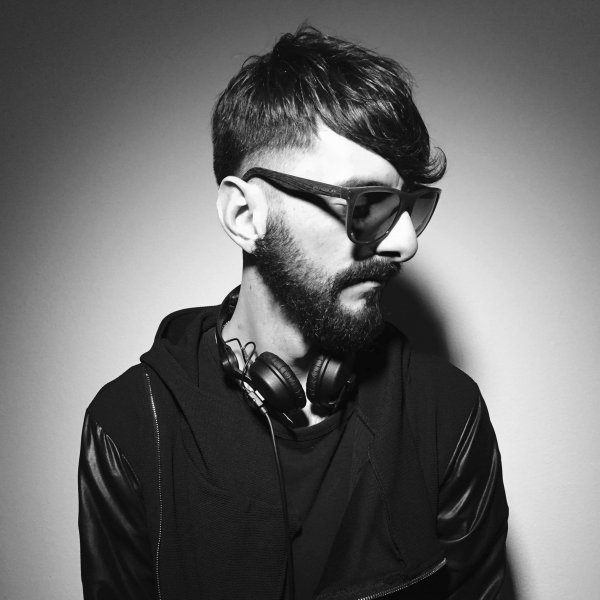 Umberto Pagliaroli, dj/producer and remixer, was born in 1984. His musical career starts back in 1998, when he sees a dj at work for the first time and gets amazed by it. With the first turntable and a mixer, Pagliaroli gives birth to improvised performances, first in rave parties and then at public events of his hometown area, he gets in fact, the artistic direction role of the only events made for young people, in the most protected areas of the Circeo National Park, the "Summer Beat", organized by Simona Petrucci, who will eventually decide to follow him as his manager.
He will then perform and collaborate with the most representative names of techno and tech-house music.
2003 and 2005 will leave a mark in the artist's evolutionary phase, who begins to modify his early musical trends, proposing the first dj-sets, tending to softer and "house-like" sounds, to turn then into darker and intense rhythms, typical of techno music.
His performances are characterized by the instinct and the technique that push the emotions to an extreme point, involving the audience with unique sounds, grit and passion.
This background consacrates him as one of the most acclaimed dj's of the Lazio region and his name starts to get popular among the mass media.
Also famous for being the promoter of a new youth movement, investing on a turistic project linked to the growth and developement of the territory, he drags hundreds of young and creates huge aggregation happenings in the most breathtaking locations.
He also participates as a protagonist at the Winter Music Conference in Miami in 2012, collecting a great success.
His latest productions, that were being molded recently in the recording studio, cought one of the most appreciated international labels of the field's attention, the "Deeperfect", captained by the italian dj Stefano Noferini and his staff.
Parallel ep has climbed the the another download site chart, getting great and unexpected results in such a little time.
Pagliaroli performed recently next to Noferini during the Ade conference 2014 at Pllek in Amsterdam, reconfirming his great talent and wowing the audience. His latest EP “Silent Dream” was released on Stefano Noferini’s Deeperfect Records on January 5th of 2015. One of the tracks off this release is currently on another download site’s top 100 techno chart. He is among the best producers techno in the world in 2015 selected by another download site .
In 2018 he released on Dirtyclub Music, the Dark Beat track that will be played by internationally renowned DJs such as Marco Carola, Paco Osuna, Stefano Noferini, Antonio Pica, in the best clubs in the world.
Also in 2018 he released a track on Deeperfect in the compilation selected by the international DJ Hito.
Releases on leading labels in the tech and minimal tech panorama like Moan recordings, Dazed & Confused , Antura Rec.
In 2019 he releases Rock Da House Ep on Non Stop Rec, this too will be supported by international DJs such as Pirupa, Paco Osuna, Antonio Pica , Paul Darey, Hector Couto, Supernova in various clubs around the world including El Row Party, Music On ibiza Closing party and others.
Also in 2019 he releases other ep that will have a great success like Al Right Ep on Dirtyclub Music which will be supported again by Paco Osuna , Antonio Pica end others.
Another ep that found success is I Never Miss Ep released on Basica Recordings and supported by many artists.
2020 has started well for Umberto who immediately releases an ep in collaboration with Paul Darey on the big label Flashmob Rec.
Great feedback also for this ep that will be supported by various artists including Francisco Allendes and others.
The ep released on Dirty Club Music in collaboration with Side B was also very strong.
3 tech house tracks supported by Stefano Noferini in his radioshow, by Antonio Pica at Dolcevita Club and by Tomi & Kesh in the party in Romania.
Another notable release with excellent results is Superstar in collaboration with Alvaro Altamirano on House Heroes Music
LATEST TRACKSPOPULAR TRACKS
1234...18
TRACK
ARTISTS
LABEL
GENRE
Sort

To Party Whith Love
Original Mix (7:41)
Umberto Pagliaroli, Side B