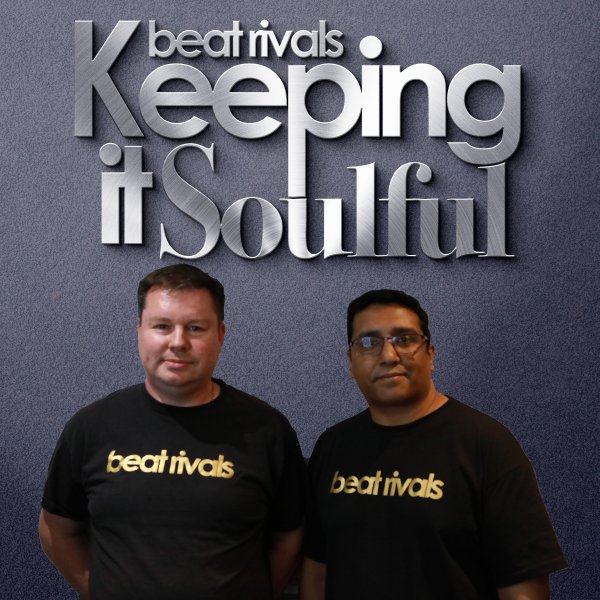 Production and DJ duo Beat Rivals, John and Kevin are fast becoming heavyweights in the Soulful House arena with their consistent releases, London based production duo Beat Rivals have had release successes across numerous labels.

Constantly evolving, the duo draws upon their influences of Drum and Bass, Funk, Garage, House, Jazz, Jungle, Reggae, Soul and Techno, to create contemporary music with a variety of different flavours. This innovative duo is destined for success with their exciting and refreshing approach to music production.

South Londoner John grew up in an eclectic music-loving family. Catching the production bug as a teenager led to a string of releases on several underground labels. Even on these early releases his laidback demeanour was noticeable

Hailing from East London Kevin started producing music as a teenager whilst gaining recognition as a DJ and building a following that enabled him to DJ all over England including a residency in London's West End.

Introduced by a mutual friend in the early 90's the pair discovered they shared a common passion for music. It was not until they became mentored by Karl "Tuff Enuf" Brown (Double Trouble, Tuff Jam) at his "Groove Skool" that the collaborations started with each drawing on their individual skill and influences and using their friendly rivalry to push each other.

In 2011 the duo formed Rival Beat Records. Since then the duo has gone on to work with some of the finest vocalists and musicians in the scene including Angie Brown, Lifford, Natasha Watts, Tasha LaRae, Vanessa Freeman, Ernie McKone, Gene Perez, Michele Chiavarini, Mike Patto, Ernie McKone as well as featuring releases form Opolopo, Sean McCabe and DJ Spen.

Both have a love for DJing and good music and aim to share that on their weekly Delite Radio show "Keeping It Soulful".
LATEST TRACKSPOPULAR TRACKSDJ TOP 10s
1234...41
TRACK
ARTISTS
LABEL
GENRE
Sort

Let's Get Back To Love
Instrumental (6:21)
Beat Rivals

Back Together
(10:22)
Beat Rivals, Julie McKnight