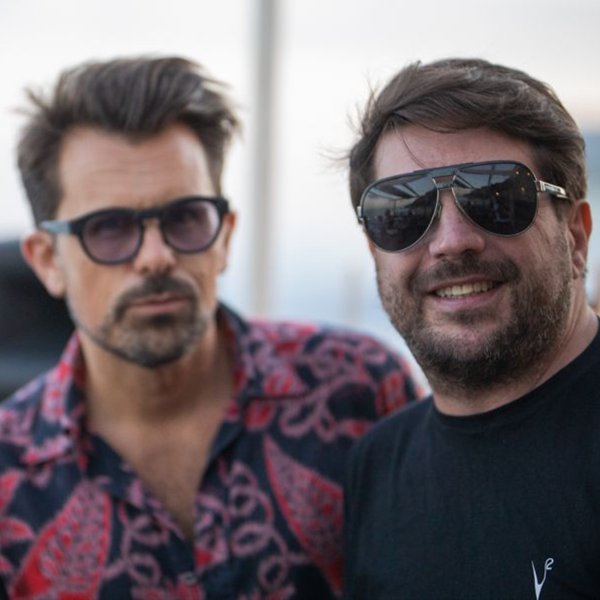 Stefano Pain and Francesco Pittaluga are two of Italy’s finest DJ, Producer and Remixers that have become a force in the Music Industry! They are the most acclaimed names in Electronic and House Music! They began their journey from the beautiful city of Alessandria with relentless determination through hard work and authentic production to be a household names and influential industry professionals as a Production team! Individually they have produced some of the biggest names in the World!

Stefano Pain’s catalog of #1 records is as follows: Nicky Romero's Protocol ,Armin Van Buuren's Armada , Kryder's Sosumi and Hardwell's Revealed imprinting Supported By Swedish House Mafia via his stormer "Ran Tam Tam" which featured heavili in the trio's sets he even topped the another download site charts with "Bring That Noize" signed on Laidback Luke's Mixmash Label His tracks have been supported by the best international DJs such as David Guetta, Bob Sinclar, Tiesto , Swedish House Mafia , Hardwell , Afrojack , Avicii , Nicky Romero and played by Pete Tong on BBC Radio 1 In his career he had the opportunity to remix artists such as Bob Sinclar , Shaggy , Craig David , Robbie Rivera , Sabrina Johnston , Michelle Weeks and many more internationally renowned artists.

Francesco Pittaluga first release is out on Hole Rec, the label of Ivan Iacobucci. The project is Frisky Crew, the track is "The paradise Inspired". In the following years Francesco became the protagonist with other songs from the house and tech house sounds: "Do you think of me, a track sung by two world famous singers, that they do not need to be presented: Inaya Day & Barbara Tucker, Minimo, La Luna, Toca el Violin, “Think About You,” Soul Elements featuring Sabrina Johnston “My way out” … This has been supported and really appreciated by international famous DJs as Fedde Le Grand who has selected it for the famous compilation Ministry of Sound!

Since 2017, they both have created tracks such as Disco Night, Alright w / The Cube Guys with tremendous support by the most important international networks and DJs. Their current track “Good Times” was signed to the Legendary i Am House/ Music Plant Group label from Chicago. It has soared to #1 on Traxsource Sales as well as Kings of Spins Charts with massive radio play around the World! Staying busy in the studio has allowed them to complete a new remix of the iconic Hit “Life Goes On” by Georgie Porgie! This will definitely be another impactful song for this hard-working team!

Stefano Pain and Francesco Pittaluga are two Incredible DJ, Producers and remixers whose names will continue to create a legacy of Music that will touch the World beyond time! To keep up with Stefano Pain and Francesco Pittaluga and their future prospects,
be sure to connect with them on their social media and music streaming platforms for News, Music, Events, Booking, Contact, and all else related as they continue to manifest, compose, and create new and authentic music all House fans can truly appreciate.
LATEST TRACKSPOPULAR TRACKS
TRACK
ARTISTS
LABEL
GENRE
Sort