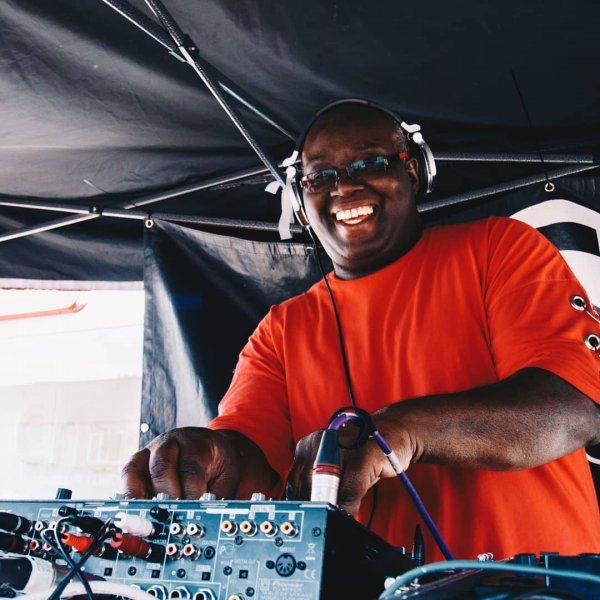 He is an Inspirational Soulful House DJ and producer from the UK who is passionate about music. He believes that music can be used to transform people's lives.

DJ G has played at both small and large venues with audiences of all ages. He provides music for funerals and weddings, right through to raising money for various charities, one of which was Children In Need UK where he played for 24 hours in a supermarket in 2003.

In 2004, he played at the Cowley Road Carnival in Oxford for the first time, which had crowds of over 35,000 people. After 15 years, he still plays at the same carnival which now brings audiences of 55,000.

After his first 24 hour set in 2003, he went onto do 2 more including JAM FOR JAPAN, HELPING HAND FOR NEW ZEALAND after the Japanese tsunami disaster of 2011.

He has also appeared on TV gameshows on Channel 4, ITV and BBC.

His global appeal is growing through his various performances that are streamed live on Facebook, Instagram and Youtube that garner an average of 4,000 views per video. DJ G’s mixes are now being played in over 90 countries around the world. All of his mixes are available for free download from his website: www.inspirationalsoulfulhouse.com. In October 2019, he had a song that he produced played on ITV's 'Love Your Garden. The song is called 'I Cling to You (DJG House Remix)' and is sung by Dee Moore.

DJ G is more than just your average DJ. From playing at the Oscars Pre-gifting suite to helping his Pride of Britain award winning mother at the Oxford community soup kitchen, (icolynsmithfoundation.co.uk) he breaks the mould in more ways than one. He also teaches DJ Skills at a variety of schools around Oxfordshire and Berkshire to a range of age groups and children with disabilities. Most recently, On 18th January 2020, DJG and his son Darius were featured on the BBC 1 TV show 'The Greatest Dancer.' Presenter Alesha Dixon and Dance Captains, Oti Mabuse, Matthew Morrison, Cheryl and Todrick Hall all went on stage and danced with them which is a series first for any act.

Other places that DJ G has performed include:

Mission Possible on the Beach – Malta

Mission Possible on the Beach – Brighton