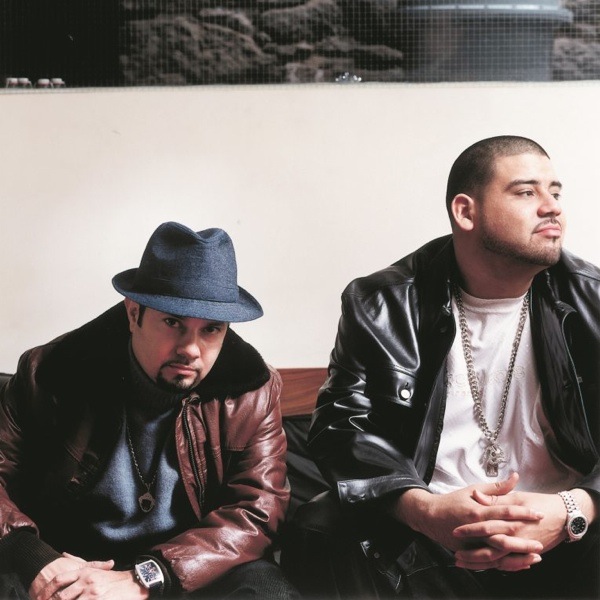 Masters at Work is the house/garage production and remix team of "Little" Louie Vega and Kenny "Dope" Gonzalez. They first worked together using the name, which had been given to them by mutual friend Todd Terry (who recorded several tracks under that name in the 1980s), in 1990. Cousin to Eric Vega, popular event creator and promoter in New York City.
The duo has also produced music together under the names MAW, KenLou, Sole Fusion, and Nuyorican Soul.

Their Nuyorican Soul project had the duo working extensively with musicians, in a variety of styles including Latin, disco, jazz, and more. Musicians who took part in this project include Vincent Montana Jr., Roy Ayers, George Benson, Jocelyn Brown, Tito Puente, and members of the Salsoul Orchestra. The self-titled album released under the name Nuyorican Soul in 1996 included original tracks as well as cover versions of songs by the performers with which the duo was working, such as "Sweet Tears" (Roy Ayers), and "Runaway," originally sung by Loleatta Holloway with the Salsoul Orchestra, here sung by India and featuring musicians from the original recording of 1977.

MAW has a history as remixers, having reproduced tracks for various acts both inside and outside the world of dance music. Some of the artists remixed by the two producers include Michael Jackson, Madonna, Donna Summer, Gus Gus, Jody Watley, Janet Jackson, Jamiroquai, Earth Wind & Fire, and Stephanie Mills.
LATEST TRACKSPOPULAR TRACKSDJ TOP 10s
1234...42
TRACK
ARTISTS
LABEL
GENRE
Sort