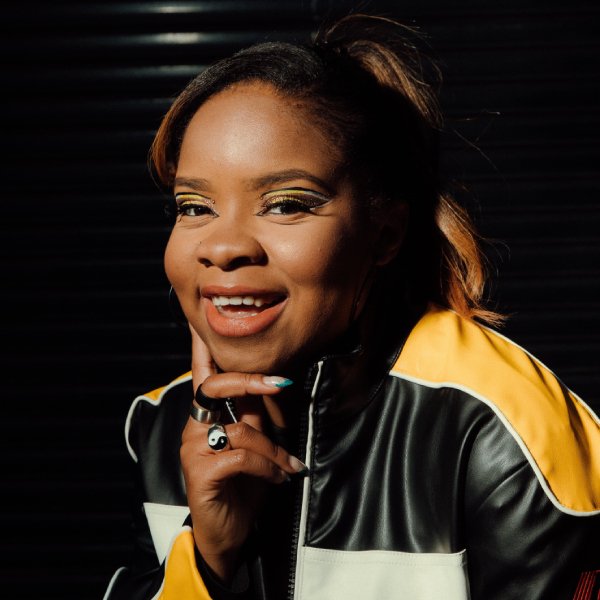 Melle's most recent release, 'Brown Eyes (Golden)' picked up support from DJ Mag, Mixmag and BBC Radio 1, and is her first since the critically acclaimed 'Intersection EP'. Continuing to make waves with her latest glimmering track One More Chance due April 22nd via MONKI DJ's '&Friends' label. Both recent releases Mixed & Mastered by Sean McCabe.

The Reprezent radio presenter, DJ, producer, and songwriter has cultivated a richly diverse repertoire. From hosting Apple Music's Creative Studios interviewing the likes of Nile Rodgers and Fraser T Smith, to moderating an influential Lady of The House panel alongside the likes of Sarah Story and Eats Everything, whilst earning a mentorship with Fred Again and Kamille as one of 10 women in production on Universal Music's 'She is The Music' programme.

Inspired by the likes of Kerri Chandler, Sean McCabe, Jimpster, Natasha Diggs, Phil Asher, Chico Flash, Peven Everett & Honey Dijon to name a few - you often find Melle's DJ sets a bubbling blend of many of the above mentioned.

Elsewhere, Melle Brown has scored impressive show slots, opening for the likes of The Gorillaz and Little Simz, performing at Parklife, XOYO, Village Underground and Risen Festival whilst curating her own night Melle Brown & Friends at Pop Brixton.

She is a regular DJ for Origins Sound 'Paraiso Disco' at Night Tales. This Easter see's her opening for Jitwam.
Next up, she'll accompany Annie Mac at her new club night Before Midnight, whilst playing at her Lost and Found Festival.

One of the most exciting and promising producers to emerge on the scene, Melle Brown continues to deliver lustrous and tranquil house groovers.

Treating the music world to her soulful vibrations once more, Melle Brown transports us to realms of sunrise and sunset dance floor moments through her productions and DJ Mixes.

As one of the few young DJs capturing an authentic view on music from eras gone-by, Melle is setting herself apart from the pack and has an exciting year ahead.
LATEST TRACKSPOPULAR TRACKSDJ TOP 10s
TRACK
ARTISTS
LABEL
GENRE
Sort