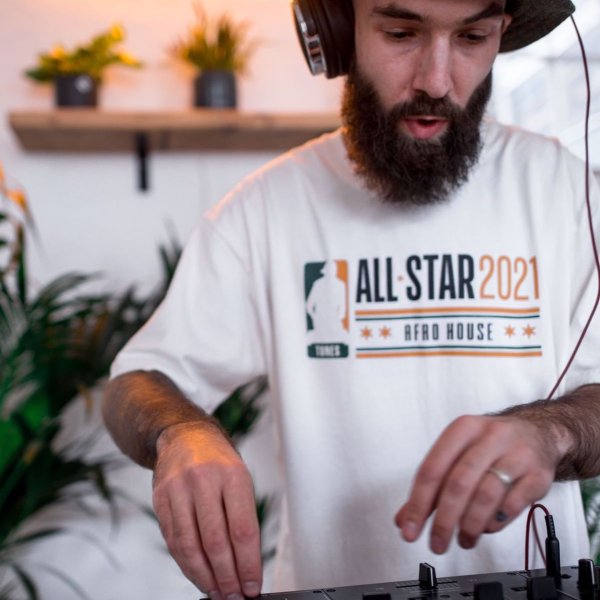 Man like Trekkah has been making big waves behind the decks, pushing his token sound of 'Bubble and Bounce' in an array of live shows and streamed sets with promoters, stations and channels such as Maluku Records, Mimm Radio, Drums Radio, Spiritual PL, Tribal Soul and Sonic Tone. Performing across the U.K. and Europe Trekkah has performed at events alongside Afro-House greats such as Boddhi Satva, Enoo Napa and Modorasindahouse.

Hailing from the almighty Nottingham (U.K.) T.O.N.E.S collective, Trekkah has been instrumental in building up monthly events in Hood Town (Nottingham) and orchestrating the Drums Radio 'Afro-House AllStars' presenting a collective of established and rising international stars from the scene such as Hanna Hais, Oscar P, Doug Gomez, Deep Narratives and more.

Collaborating with Zambian's finest, the Kreative Nativez, Trekkah headed up the launch of the T.O.N.E.S label with the debut release 'Safari Kamer'. Trekkah has also had releases 'Ogbon' and 'Breath' out on two soaring South African labels Sneja Recordings and Lukulu Recording. In the Spring of 2021, Trekkah was welcomed into the Moblack family with the release of 'Tamá Row' - a collaboration with Cameroon vocalists Erik Aliana and South African producing power house Djamou Sangera. This release was championed around the globe with support for DJs such as David Montoya and was charted highly across Traxsource and another download site in various charts.

With 2021 shows pending in Nottingham, London and Asia Napa and with huge releases and remixes pending with leading producers and vocalists in the Afro-House movement such as Tina Ardor, Idd Aziz, Lizwi, Mr Norble Guy, Kusini and Hardihood - Trekkah is for sure one to be watching
LATEST TRACKSPOPULAR TRACKSDJ TOP 10s
123
TRACK
ARTISTS
LABEL
GENRE
Sort

Nothing But
Afro House
$1.49
follow:
Trekkah
Hardihood
Tina Ardor
Nothing But