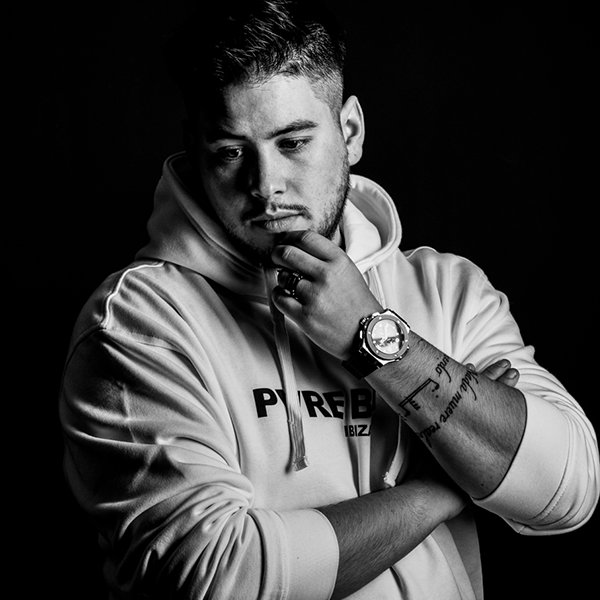 Blvckr is a talented DJ / producer, with a passion for funky, house and progressive grooves. He is already making a name for himself producing huge vocal house tracks, while being inspired & experimenting with tech house, soul and electro sounds.

Hailing from Galicia in Spain, Blvckr made his debut in Eden Ibiza in 2018, one of the White Isle's the most prestigious clubs, doing a fantastic warm up for Judge Jules to much hype and acclaim. Over the last 2 summer seasons, Blvckr has held summer residencies at Eden & Es Paradis in Ibiza.

His dedication and love for music are evident in his hard work in the studio, with recent house music productions released on Hotfingers, Zulu Records, Whore House, Tactical Records, Black Lizard Records and InStereo Recordings.

His tracks have been riding high in the another download site top 100 Funky / Groove / Jackin' House chart; "Gonna Feel Alright" hit top 20, while "Rockin' The House"
and "I'm Okay" top 30 & 40 respectively. His debut single 'It's A Party' signed to Zulu Records has featured on the Toolroom Radio show & on radio stations globally.

To finish the year, Blvckr will release 'Be The One' on Love & Other. About to launch his own monthly radio show called "PURE BLVCK".
2019 looks set to be the year Blvckr cements himself as a name to watch in the global house music scene.
LATEST TRACKSPOPULAR TRACKSDJ TOP 10s
1234...10
TRACK
ARTISTS
LABEL
GENRE
Sort

What Do You Want To Say
Extended Mix (6:12)
Blvckr