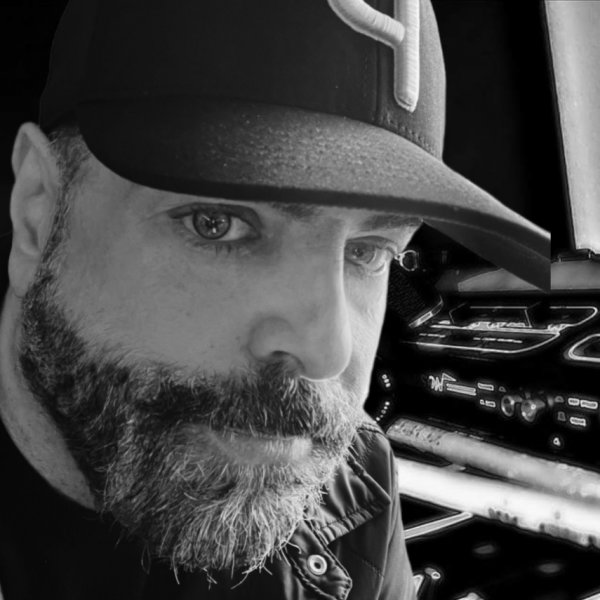 Hudson Cerone born in Yonkers, New York as Joseph Felicissimo to Italian immigrant parents was told that they knew from the time he was born music and singing were going to be in his future. In what capacity they did not know, but they were right! Started playing acoustic guitar at age 12 and then moved to learning drums and piano. Electric Bass was his instrument of choice where he favored funk style music from the 70's and 80's admiring such music talents as SLAVE, Michael Narada Walden, CHIC, and Nile Rogers. It then became clear that Hudson Cerone was drawn to funky drumbeats, baselines and melodies. The Disco four on the floor drumbeat seemed natural for Hudson and was drawn to that style writing. Wrote his first song at age 13, recorded it at a local
8-track recording studio in Dobbs Ferry, New York. That summer on vacation in Italy with his mother, a local radio Dj heard his demo at the village Disco one night and asked if he could showcase the demo on his radio spot. He added it to his daily playlist where it was played for several weeks gathering listerner's attention as to who this artist was. Hudson then discovered Freestyle music in the 80's as it was the dance music of choice in the New York tristate area. Wrote and produced his first freestyle song called "Love Me" released on Majesty Records in 1987 followed by "Feel The Nasty Groove" in 1991 - 12' vinyl, a favorite underground club house groove with inducing vocals and samples a favorite Friday night House Music drop for Dj Tony Humphries on Hot 103.5 a Dance music station. It was recorded at The Loft Studios Bronxville, NY. There he met the owner and founder Al Hemberger and many other talented producers. He garnished a lot of musical knowledge from Al Hemberger and The Loft crew. Hudson continued his music muse and passion throughout the 90's and into the millennium. After many attempts of trying to obtain a publishing deal, as writing was his forte and came easy to him, he went on to write, produce and sing his own material, where he pounded the pavement on NYC streets for years finding record companies and A&R labels to listen to his music. Was discovered in 2018 when posting his Jackinhouse style music songs on Housecharts.net and being on the TOP 10 monthly charts for eight months in a row, Kevin Allen president and founder of Groove Foundation Recordings, Chicago, discovered his talent for song writing and production. Hudson signed with Groove Foundation Recordings and his first global distribution break out Trax "Move Your Body" was launched and made its way onto the Traxsource Music Charts. You can always check for current Hudson Cerone releases on Traxsource the leading Music Distribution platform for all genres of House Music and Dance Music. Hudson currently has several singles scheduled for release with Groove Foundation Recordings and CASA DAY POTS Records™️ a NYC based production company. Hudson Cerone's House Music by definition is Jackin, funky, garage bumpin' and uniquely written. It provides a fresh new sound fused with some Old School House and Chicago style House Music inspired by such producers as JM Silk, Steve Hurly and Ten City the pioneers of House Music. Check out Hudson Cerone's music you will not be disappointed.
LATEST TRACKSPOPULAR TRACKSDJ TOP 10s
1234...12
TRACK
ARTISTS
LABEL
GENRE
Sort