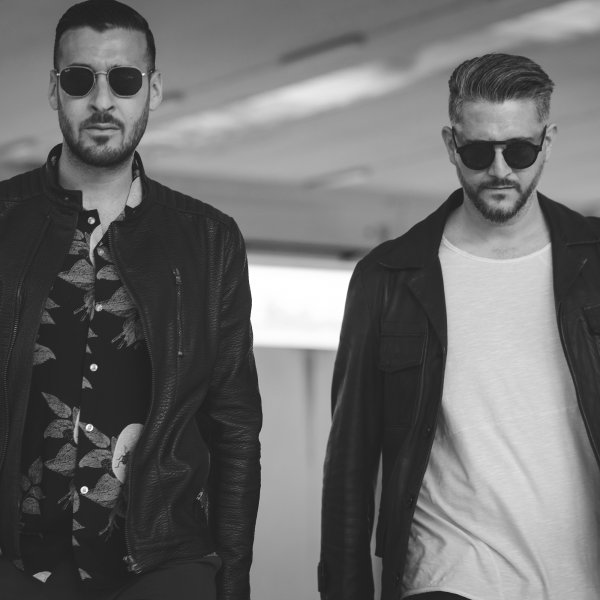 BROKENEARS are two djs, producers and remixers.
Creative, eclectic, determinate are a few of their characteristics.

Their music productions are in an ongoing musical evolution and they research fresh inspiration at the cutting-edge of the international clubbing.

Their "old school" roots can be easily feel. Their performances range from the Deep-House to Tech-House, from the Soulful to Funky-House with tribal influences and vocal elements, not excluding any House Music genres.

2019 is a breakthrough year for Brokenears, their debut EP "Disco Down" on Downtown Underground went straight in the Traxsource House Top 10 peaking at no.8; supported into radio shows and Dj Set by Claptone, Purple Disco Machine, Supernova, ATFC and so many others.

They quickly release another EP "Feeling Good" again on the Supernova imprint, Downtown Underground, which goes easily to the no.3 in the another download site House Top 10.
"Feeling Good" is supported right away in charts and Dj Set by Patrick Topping, Todd Terry, Roger Sanchez, David Penn, Ferreck Dawn, to name but a few.

This year has also seen Brokenears release music on Flashmob Records, with the single "Burn", supported by many international Dj's like ATFC, Alaia & Gallo, Watermat, Nhan Solo, Kevin McKay, and then on Lapsus Music with "Try To Believe" during the Miami Music Week and to celebrate also the Lapsus Music 10 Years.

Brokenears release a remix for the single "The Final Story" by Junior Sanchez, international house music icon, supported by Joe T Vannelli, Robert Owens, Erik Hagleton, John Julius Knight and so many others.

They also release "No Man" on the Javi Bora's imprint, Too Many Rules, that have climbed the another download site and Traxsource charts.
"No Man" it was played in DJ Sets by artists like Technasia, Francky Rizardo, Danny Howard (BBC Radio1), Ferreck Dawn, Sam Divine (Defected Radio Show) and many many more...

One of the last summer track "Body Monster" it was played at Defected Croatia by Simon Dunmore, Eats Everithing, Sam Divine, Solardo, Detlef to name but a few, also it was supported in the most important party in Ibiza, like DC10, Hi Ibiza, Elrow at Ushuaia, Café Mambo and so many others.

Their strength is their passion.
They dare, they experimental.
All this things to be differents...