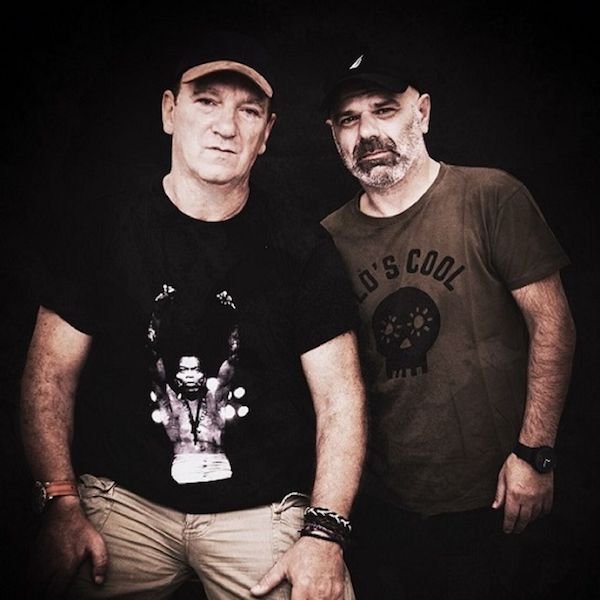 Muzungu from 2017 it's the new aka name for music productions by H@K, ...4 decades on decks!!...The Greek Producers For the eighth consecutive year in the Top 100 Artists / Producers at Traxsource .. The last seven years (2015,2016, 2017, 2018,2019,2020,2021) in the Top 100 at Afro House !!! Being in the scene since early the 80's, the Greeks Iraklis Verdi and Konstantinos Theo have previously released on Quantize, Unquantize, King Street, Nite Grooves, Moulton Music, MoBlack Records, Moon Rocket Music, Union Records,Tribal Winds, Merecumbe Recordings, POJI Records,DIRIDIM, and more...They have collaborated with great voices of house music, such as Toshi, Arnold Jarvis, Tina Charles, Chanelle, Karla Brown, Diana Waite, Jenny Cruz, Linnette Taylor, Emma Diva, Anthony Poteat, Barry Stewart, Tascha Johnson,... Made their debut in the Athenian night life in the Late 70s (1979)... They have been inspired by listening to Jim Burgess, Larry Levan, Tony Humphries, Shep Pettibone and Little Louie Vega..Their disco and funk vibes developed in house and hip-hop and landed them in some of the most famous clubs in Athens as well as the party islands of Mykonos,Santorini,Crete,Rhodes and Paros..Part of their driving force ,craze for music and will to experiment comes from their early passion of collecting vinyls , their extend collection spans tracks from the 60s until now.