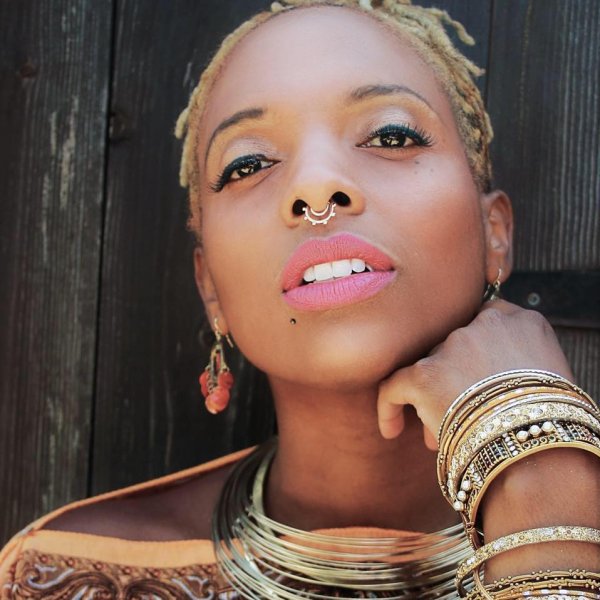 Singer/Songwriter Soulful Emma-Louise (S.E.L) has made it her mission to bring UK Soul 'back to it's grassroots', and through contemporary musicality, business, artistic precision and hypnotic vocal arrangement, she has firmly secured her reputation within the UK Soul scene as doing just that.
Soulful Emma-Louise, a North London native, is a classically trained musician that started her career within the UK reggae industry as a backing vocalist and arranger, then was quickly picked up by the one and only Jazzie B, whereby she was asked to join British Soul legends Soul ii Soul, both as a lead and backing vocalist. She toured the world as part of the collective for over a decade. Learning from the best, she signed her first record deal in 2009, but realised the label life was not for her. She then passionately learned every aspect of the music business, built up a team that shared the same passion for UK Soul music and re-launched herself as an independent artist in 2015 with the anthem 'Elevation'. This would ultimately be the pivotal moment in her music career. Fast forward to 2020, she has worked with the likes of DJ Spen, Mica Paris, Booker T, SOS Band and Alicia Keys; to name a few. With worldwide tours and admiration from the likes of Tony Blackburn, Gordon Mac and Calvin Francis, 3 top ten hits both in the UK and USA and on her way to releasing her highly anticipated debut album in 2021. Soulful Emma-Louise continues to go from strength to strength and has more than exceeded her stated musical mission.
LATEST TRACKSPOPULAR TRACKS
1234...6
TRACK
ARTISTS
LABEL
GENRE
Sort