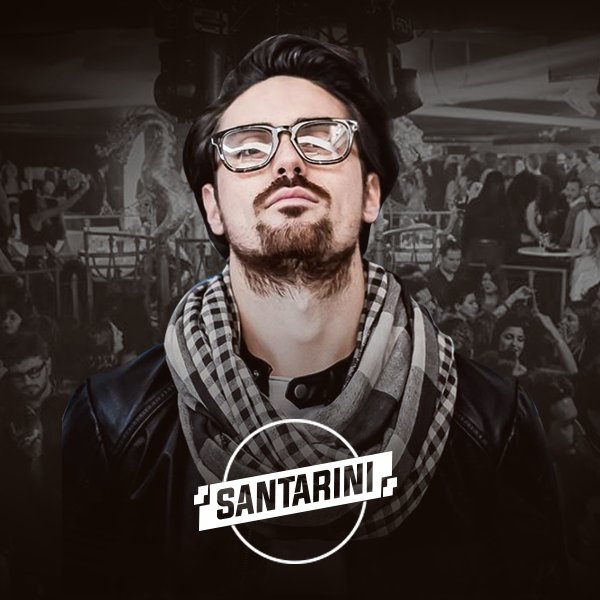 Francesco Santarini, aka Santarini DJ, was born on 2 April 1992 in the city of Carrara (MS), known throughout the world for its precious white marble. He began playing in the disco in November 2013 and performed in the console of the most important clubs in Versilia and beyond. He closed the Bob Sinclar’s concert at Minerva Beach in summer 2014. He played every Wednesday evening at the Beach Club Versilia (MS) from 2014 to 2018. He is the resident DJ of the first Nikki Beach in Italy, Nikki Beach Versilia, from July 2016 and he has played for many Jaguar Land Rover events around Italy, always with the Nikki Beach Team. In November 2016, he opened the Gigi D'Agostino’s concert at Faruk Versilia. In July 2017 he released his first song EL GUARAPO for Donnie Reyes, on Hit Mania Estate 2017 and on Itunes, Spotify and other websites. In October 2018, Santarini played at Suzy Wong in Amsterdam during the ADE at House Stars party. In New Year's Eve 2019 he played at Le Village de Noël in Vevey, Switzerland, on Lake Geneva. 2019 is the most important year of his career: in March he played at the Barsecco Club in Miami Downtown at the Mate Ibiza and House Stars parties, during Miami Music Week. At Easter and the following two weekends he performed in the console of La Plage du Martinez, the private beach club of the luxurious Hotel Martinez in Cannes, France. In May and June three new songs were released. They are two important collaborations and a remix; one of this 3 tracks, Bansuri, has reached the 6th position of the Traxsource tech-house chart.
During the summer of 2019 he was resident at Nikki Beach Versilia and he played on Thursdays Night at the Bussola Club, in Versilia, in front of 3500 people.
LATEST TRACKSPOPULAR TRACKSDJ TOP 10s
1234...6
TRACK
ARTISTS
LABEL
GENRE
Sort