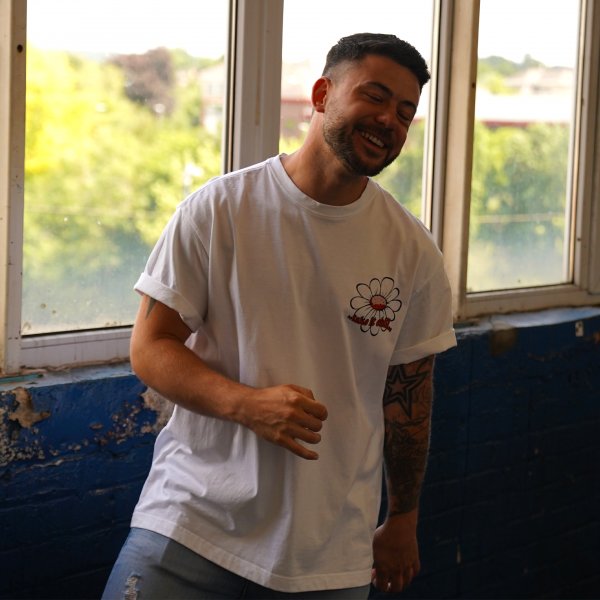 Danny Rhys is a UK underground House & Tech House artist and works within the A&R team at the renowned Toolroom Records. Releasing on some of dance music's notorious labels such as the mighty Toolroom, HouseU, Flashmob LTD, Alex Preston's Basement Sound and DJ S.K.T's Stashed Music to name a few. Boasting high, feel good energy, bumpy basslines, rolling percussion and infectious vocals in every track, Danny's music is ready for the dancefloors and clubbers alike. With a Traxsource Tech House No. 1 under his belt collaborating with house legend vocalist Mr. V with the single 'Damn Good'! With AAA artist support from the likes of David Guetta, Mark Knight, Kryder, TCTS and Gorgon City amongst continued radio support from BBC Introducing, KISS and Toolroom Radio. Welcoming Danny into the digital world of streaming Danny Rhys has so far been supported in some of the globes top playlists such as Spotify Housewerk, UK House Music, Operator, and Basement, as well as David Guetta's playlist, Toolroom, Mark Knight's Killer Cuts, Tiesto's Musical Freedom, Spinnin Records, Armada Music, Elrow and Nicky Romero's Protocol Radio. Working closely with Mark Knight as the producer of Toolroom Radio and Mark's weekly show on Kiss, Mark Knight himself presented Danny with the opportunity for his own guest slot in his Saturday Night Kiss show presenting music each week on air with the 'White Label'. Danny's monthly podcast 'Straight From The Record Box' showcasing the best in dance music is listed in the Top 10 Best UK Left Wing Podcasts of 2021 which is a huge honor to be recognised as a tastemaker in the scene.

Notorious for his energetic performances using the full potential of what the decks can offer, Danny involves every floor groover with the emotion of fusing all sub-genres of House music! Having taken stage across Europe's most notable clubs and venues Danny has performed at the infamous Amnesia Ibiza, Kalypso (Elrow) Croatia, We Are Festival, Ministry of Sound, Egg LDN and that's only to name a few. Having opened for Mark Knight, Tough Love, Leftwing : Kody, Seth Troxler, Danny has since joined the #ToolroomFamily performing at their London residencies at Ministry Of Sound & Studio 338 in which the label is predicting big things for Danny Rhys.
LATEST TRACKSPOPULAR TRACKSDJ TOP 10s
1234...9
TRACK
ARTISTS
LABEL
GENRE
Sort