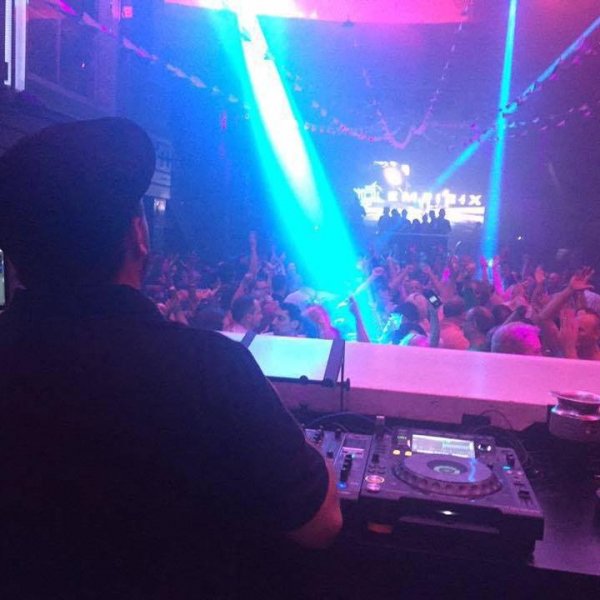 Juan Mejia is a Miami based DJ & Producer, has achieved a solid reputation in the east coast music scene for the past two decades for his unique brand of Club dance music. .
Juan in 1995 moved to Orlando to attend Full Sail of the Recording Arts where he got his Audio Engineering degree .While he was in school he discovered his true calling was in the DJ world .
His passion for music landed him a residency at the top club in Orlando called "Firestone" where he had the chance to spin with greats such as Josh Wink, Sasha and John Digweed.
Juan was also invited to play in the first Zen festivals in Orlando and at Simons Club in Gainesville FL, which introduced him to all kinds of electronic music and a true feel for the underground scene.
This was the time when DJ's played records and there were no cd players. As well Juan played the first two Ultra Festivals as after that it became way too commercial.
Once Firestone headed in a new direction Juan was determined to move back to Miami ,and in no time he had residencies at Groove Jet , Mansion(Level), Opium ,and Crobar.
He was at Crobar from 2000 to 2004 where he became well known for his versatility of Music styles.
Spinning at Crobar gave Mejia the opportunity to become involved in the Deep House movement that was happening at the time.
He started to experiment with the sound and found himself playing all over the country in places like San Francisco , Chicago ,and New York .
Also touring and opening for such greats as Erik Morillo , Josh Wink & Little Louie Vega during the Heineken Tours of the famous Back Door Bamby Parties.
Deep House was his true calling. In 2003 ,Juan decided to start his own record label "
DUTCHIE MUSIC.
Dutchie has had in the last 17 Years over 300 releases worldwide.
Dutchie Music has become a prominent underground label with Mejia's A&R Work.
Artists such As Joeski, Timewriter , Stan Kolev, Joshua Iz , Soul Minority ,Soledrifter and many others have recorded with Dutchie Music.
Juan has residencies in Miami where he dj's at the W Hotel , LIV Nightclub , and Chotto Matte on a regular basis.Worldwide vibes also served in tours to India, Thailand , Singapore , Mexico and Peru.
LATEST TRACKSPOPULAR TRACKSDJ TOP 10s
1234...43
TRACK
ARTISTS
LABEL
GENRE
Sort