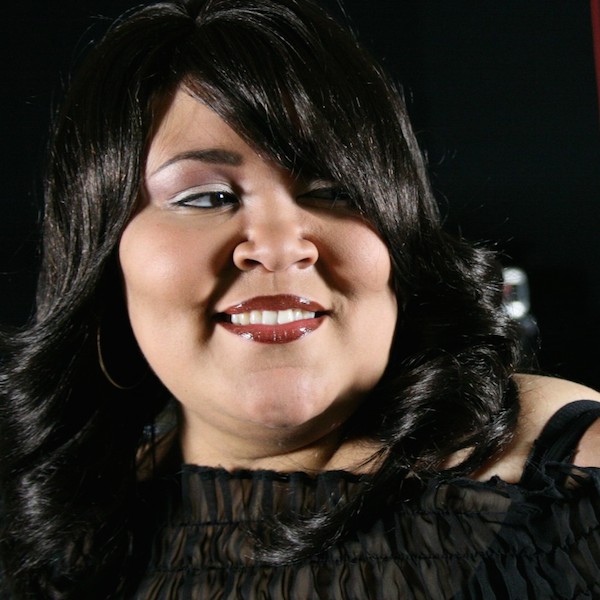 In a day and time where real music with a message seems to be taking a back seat to the manufacturing of artists based on age and image, international recording artist Andrea Love's "The Journey", set for release in 2014, is poised to make you "see" music with your ears!
Known mostly as a featured artist on dozens of European House and Dance music hits, including "Shined On Me" with the Praise Cats, and also for her great ability as a supporting and backing vocalist, Andrea is moving from the background and taking her rightful place front and center with this debut Solo CD which allows her to show off a smoother, more sensual side, stepping into the Soul/R&B and Acid Jazz genres.
"The Journey" is already receiving rave reviews while only in exclusive preview status. When speaking of the upcoming release, Andrea says, ""The Journey" is definitely for the adult contemporary listener who feels isolated when it comes to music - it's real music. Live music. Music with a message. I've co-written most of the songs, and they're based largely on my own personal experiences so I'm definitely keeping it honest. It speaks about what people are feeling in life and love, from the good to the bad to the crazy - and how eventually it's gonna be alright, if faith and unconditional love are there."
Many have used words such as soulful, rich and sultry to describe Andrea's voice. In it, you can hear the influence of Gospel, Jazz, Soul and Funk - and with a vocal range of over 5 octaves, she is undeniably a musical force to be reckoned with. It's no wonder some refer to her simply as "the voice". Her amazing ability to engage and capture you from the first note has afforded her the opportunity to work with some of music's hottest producers and artists including George Duke, Michael Manson, Al Jarreau, Chante Moore, Ledisi, Dianne Reeves, Terri Lyne Carrington, Nona Hendryx, Lalah Hathaway, Esperanza Spalding, Rahsaan Patterson, Frank McComb, Oleta Adams, and Terisa Griffin. Griffin, who Andrea says has been more of a musical mentor, gave her the opportunity to perform for Chaka Khan in a special musical tribute in Chicago, in which Andrea describes the experience as "A true confirmation of my career. After singing in front of Chaka and having a room full of serious Chaka fans embrace me, there's nothing else for me to really fear musically!" she laughs.
With regards to the purpose of the project, Andrea reflects, "This project is so much bigger than me. It's definitely been birthed to comfort and inspire - not just with the music itself, but simply with the release of it. The desire to do this sort of project has always been a dream, but fear kept me sleeping on it because of the direction of music in recent years. I wondered if it would be received...I wasn't sure if I should even go against the grain of what's currently out there - but after a few pushes, and a lot of prayer, I got the message that the project is very necessary right now, BECAUSE of the current direction of most of today's music. It's time to contribute something that brings a balance..."
Smart enough to realize that her vision would be greatly enhanced by some serious heavy hitters, she enlisted the help of two of music's most incredible producers who had no problem stepping up to lend their advice and creative energy - Grammy-nominated Producer/Remixer Eric "E Smoove" Miller and Grammy-winning Producer/Remixer Maurice Joshua. "I feel so blessed that these two are in my corner! They are extremely supportive, encouraging, and honest - - brutally honest at times!" Andrea laughs and continues, "But I love it because it shows me they will NOT let me settle in a place of mediocrity - they've been pushing me hard, right past fear and insecurity..."
When asked about working with her, Miller says, "Andrea is a phenomenal talent and her passion for music is unmatched. I believe our musical connection was sent from heaven." Joshua, with whom she has a current House music release entitled "More Love" that has well received across the globe, comments "Working with Andrea is a
LATEST TRACKSPOPULAR TRACKS
1234...57
TRACK
ARTISTS
LABEL
GENRE
Sort