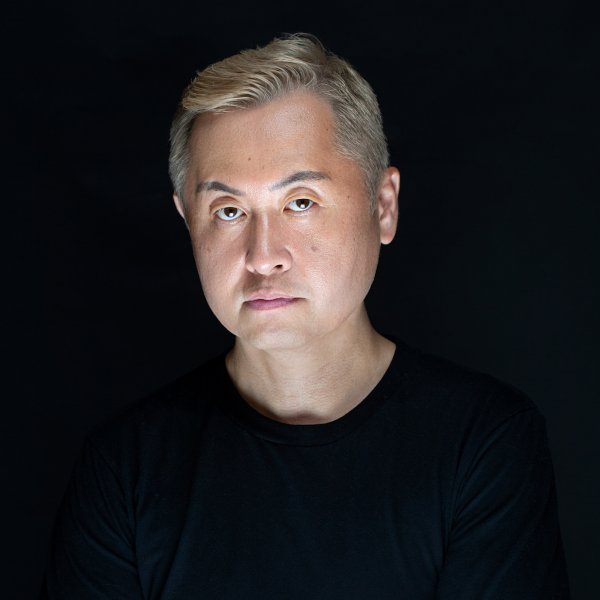 DJ Gomi is an internationally acclaimed producer, songwriter, and disc jockey from Japan. As a child, he was exposed to music as his family owned an instrument shop. His father was a piano tuner. Being around him trained his ear to music. While in Tokyo, he was able to land a job with Haruomi Hosono (Yellow Magic Orchestra) where he mentored Gomi. When looking for schools, he won an Uchida Scholarship for Berklee College of Music where he studied Music Synthesis under Dr. Richard Boulanger. Even from his childhood, he was inspired by music producer and musician, Quincy Jones, who was an alumni and sometimes lecturer at the school (to confirm). Also at this time, New York was home to a impressive nightlife scene which attracted him. Oftentimes, he'd go down to experience the scene and see what new music was being played. Upon graduation, he moved to New York and his path in the music industry took off.
Much of his large discography has been broadcast on major media outlets and performed in major venues by other DJ's. An impressive list of musical artists throughout the world have invited him to either produce their music or provide them dance remixes - these include Beyonce, Janet Jackson, Madonna, Whitney Houston, Mariah Carey, and Rupaul. His crowning achievement was producing and remixing Seasons of Love (from the musical, Rent) which became an instant dance-floor classic.
PRODUCTION / DJ
DJ Gomi's first job in New York was at the well-known D & D Studio working with the artists recording there with the mix downs, programming, and arrangements. His break came was when he landed the position of main programmer for the legendary house-music producer and DJ, Junior Vasquez. His weekly residency at the Sound Factory was world-renowned by dance music enthusiasts and industry folk who would make a pilgrimage there to hear and be inspired by the sounds for their own work. It was there, Gomi's work got international exposure without needing to leave New York. His collaboration with Junior in remix and original works. People in the industry took notice and soon offers came in to be the engineer with other industry greats, including George Morel and Grammy- award winner, Hex Hector.
Throughout the years, his talent continued to be in demand. He contributed a remix for Mariah Carey's Heartbreaker and wrote and

produced the Billboard hit, Din Da Da (Wave Music) for Kevin Aviance and collaborated with Hex Hector for Patti Labelle. Also, while doing Din Da Da, he spent time at Axis Studio, which brought him close to the legendary François Kevorkian, who also became his mentor and friend. Back in Japan, he released a series of albums titled Neo Maestro, which were top-20 sellers on the HMV store charts there. Gomi then re-entered the charts with Gomi Feat Louie Balo Guzman & Yasmeen - Glad I Found You (Defected). All this hard work and exposure landed him DJ gigs internationally from which he still now enjoys a loyal fan base. He plays in Japan and in some of the finest venues in Asia. In New York, he had a Saturday residency at XL. He also graced the booths at Avalon, Roxy, Twilo, and the Tunnel.
More recently, Gomi is working with Kenny Dope (of Masters of Work fame) on his label, Dopewax. His single with Antonio Hart called Piano Groove topped several charts and a follow-up and a solo LP on the way. Several collaborative tracks on Nervous Records notably with Joi Cardwell - We Can Do Better, Aaron K Gray - All I Need, and with Manny Ward feat. Sandy B - Resilience, have all charted well. His track with Mike Ivy, I Need Someone (Inhouse), also has make a huge wave on the dance floors.
LATEST TRACKSPOPULAR TRACKSDJ TOP 10s
1234...31
TRACK
ARTISTS
LABEL
GENRE
Sort