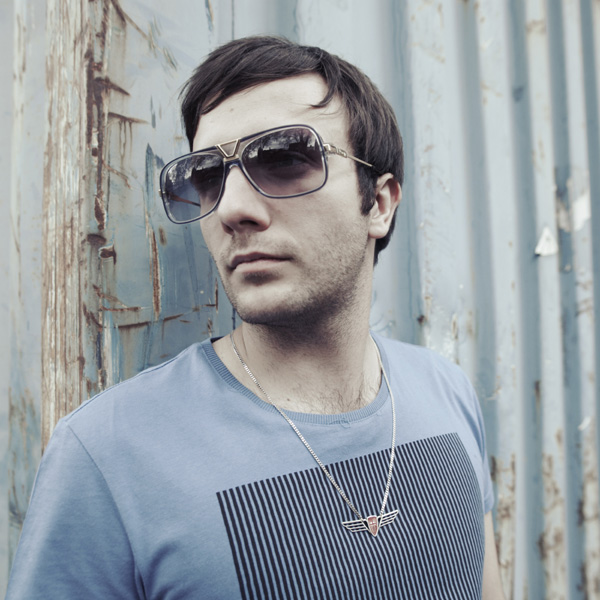 Robert James has made a big impact in a short time. First surfacing amidst a new wave of house talent on Lee Foss and Jamie Jones’ label du jour, Hot Creations, he has gone on to take his infectious dance floor sound to all corners of the globe as well as labels like LA based Culprit, Jef K’s Silver Network and the legendary Strictly Rhythm.

It was hearing Andy Weatherall at Sankeys in 2005, however, which inspired Robert to leave the army and focus on music full time: Since then he’s laid out his own nu-school sonic template with releases like “Sleep Moods”, “Malibu” (alongside Burnski) and “Big Ass Biscuit” (as Pteradactil Disco with Jamie, Lee and Fb Julian) begin championed by international spinners and respected music press alike.

“My style is all about the groove” says Robert. “I play house and techno, but always with groove.” He’s not wrong, and channeling that groove – as well as other influences like various fabric CDs, Radio 1 Essential Mixes and the work of French funksters Daft Punk, Robert has gone on to remix Hot Creations duo Clockworks, play Sonar in Barcelona, DEMF in USA and Hideout in Croatia.

As well as working larger crowds, Robert’s sound lends itself to more intimate club spaces just as well, with close associations to clubs like Mint and My House in Leeds, fabric in London and the Rainbow in Birmingham, as well as institutions like DC:10 and Space in Ibiza. He’s also managed to play live from Sheffield on Pete Tong’s Radio 1 show as the dance music don highlighted Robert as a talent to watch in 2011.

If last year was the year Robert James broke through, 2012 is the year he establishes himself as an essential talent: there are remixes and solo productions coming on Saved (plus a collaboration with Simon Baker on the same label) as well as a return to his favored Hot Creations labels for another solo EP and plenty more in the pipeline. He Also this summer starts his summer residency at Dc10 for Jamie Jone's Paradise night on Thursdays. With dates at Circoloco, Trouw Amsterdam, Panorama Bar Berlin and US tours. 2012 is going to be a another good year for Robert James.
LATEST TRACKSPOPULAR TRACKS
1234...9
TRACK
ARTISTS
LABEL
GENRE
Sort

Questions From The Future
(5:12)
Robert James

Battle Of The Planets
(5:58)
Robert James