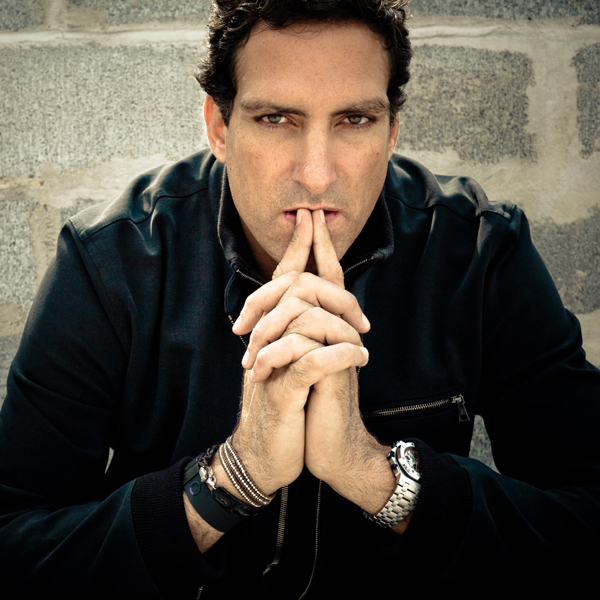 As a genuinely dedicated lover of dance music, witnessing the evolution from disco to house through to today’s diverse array of styles and sounds, Rony Seikaly draws upon a deep well of knowledge and experience. Music is an essential component of his life, a channel through which he expresses his true nature; it provides a sanctuary, a liberating outlet - and there’s nowhere he’s happier than the club he’s built in his own home. Rony’s commitment to making and playing dance music is unwavering; he helms a successful label (STRIDE), creates at a prolific rate, and makes regular appearances at some of the world’s most influential clubs. His fearless and authentic approach to production transcends genre limitations, fusing influences from various styles with a strong emphasis on feeling and instinctive emotion above rigid categorization. Poised to release his debut LP Moonwalk, Rony has an assured outlook as he prepares to invite us on a trip beyond the stars to his audio utopia…

A decorated and successful sportsman, basketball and music have been two critical pillars of Rony’s life since he was very young. Based in Miami, he has been deeply involved with dance music for most of his life, channeling his energy into the culture ever since he was a youngster in Lebanon. Moonwalk demonstrates his lifelong devotion through an extensive collection of tracks that merge his influences and showcase his unique interpretation of dance music. Rony pours his heart and soul into crafting music with feeling, designed to move the mind, body, and spirit on his debut album. The objective is simple yet profound: if he can put a smile on someone’s face, Rony has done what he has to do. It’s a philosophy rooted in the essence of dance music; joy, free expression, inclusivity, escape, safety, unity… Love.

Moonwalk takes the listener out of their surroundings, away from the humdrum of everyday life, and transports them to a realm of pleasure and abandonment. Rony’s productions embody the core tenets of the dance floor, and they’ve been successfully roadtested by the man himself in countless sets. In fact, his prolific output means he is now playing extended DJ-sets comprised almost 100% of his own music. A dream for most DJs and a testament to his boundless creativity and disciplined approach. Most pertinent to his productions is the art of storytelling. Every track has a narrative rhythm, peaks and troughs, twists and turns, engaging the listener from start to end and forming part of a broader story. On the LP, each track is like a chapter in a book, this is journey music, and every composition feeds into the adventure.

Inspired by the comprehensive dance music compilations he collected in years gone by, Moonwalk features 26 tracks, which explore various aspects of Rony’s sound palate, striking a balance between toughness and sensitivity - a mirror to his own complex, contrasting character. Here’s an artist who has found his niche, refusing to compromise and follow trends while exploring and expressing his diverse tastes freely. It’s what he calls an acquired taste, perhaps not for everyone, but those who get it, really get it. For Rony, it’s not about people-pleasing but safeguarding his own contentment in the music he makes - learning from mistakes in the past where he produced music that he wasn’t happy to play. On Moonwalk, we experience Rony the artist in full flight, unbound from any creative limitation and reveling in the freedom he has cultivated for himself.

Six key singles will be released from the album, starting with ‘Safari.’ We immediately encounter the aforementioned visceral underbelly spliced with highly affecting atmospherics that balance out the gruff bassline. A soulful female vocal adds a human touch as the crisp beats push the track forward, while subtle dips and bursts of energy keep the momentum going. This will be followed by ‘Envidia’ featuring Sasha, a warm, uplifting cut that oozes positivity and optimism. Soothing pads envelop the groovy low end as an enchanting
LATEST TRACKSPOPULAR TRACKSDJ TOP 10s
1234...18
TRACK
ARTISTS
LABEL
GENRE
Sort