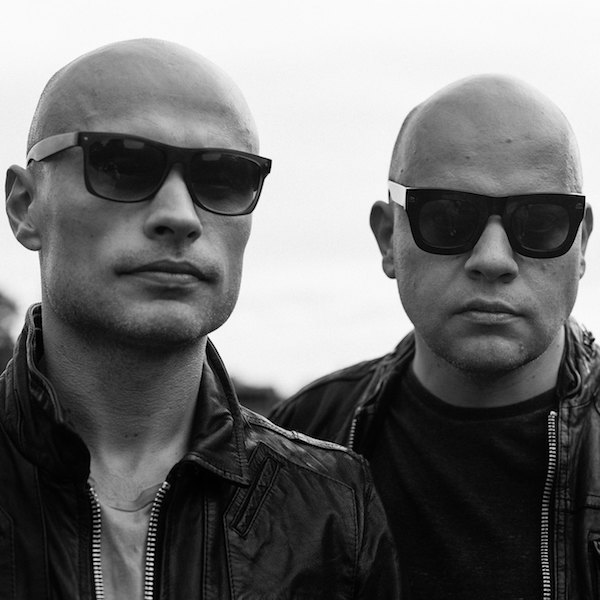 Here's a story about two brothers. The Wilmaers brothers. Kids of the seventies. Both having the ball of their lives when vinyl was king and 8 track tapes were creating history. Then, mid-eighties arrived. The brothers grew up. They got influenced immensely by The Police, U2 and Simple Minds. With the older brother on the guitar and kid brother on the drums, they formed a band with few close allies, all felt strongly destined to become rock stars of the future.

Who would have thought, a decade has passed, and the dream of becoming rock stars took a surprised twist. They found themselves shifting their interests to dance music when they were introduced to Roger Sanchez, Masters at Work and David Morales. A whole new perspective on dance music emerged and shone through the whole eurotrance culture that was ruling the Belgian airwaves at that moment, and the boys started experimenting with loops and disco samples. Their very first few US style house tracks saw the light.

Armed with those house tracks, the boys approached Headroom label boss Bart Grinaert, who saw the potential in them and took them under his wings. The Headroom gang taught Bert and Maarten all they needed to know about dance music - the beats, the sounds and plenty of studio tricks. After a few releases under several monikers, they decided to go with 'Filterheadz', with the idea of releasing some more 'filterdisco' records.

The turning point for Filterheadz arrived when Jo Casters, head of A&R at Mostika found some of their early works on his desk. Jo got in touched with the brothers, and requested for a long string of remixes. Minimalistix's 'Struggle for Pleasure' stood out amongst the rest. But Jo wanted more. The boys headed off to Ibiza to check out the vibe and discovered the whole Sasha&Digweed thing. With the sounds of Space Terrace still ringing in their ears, they headed straight to their studio upon returning, and started working on remixes that made it to the become the very few biggest progressive tracks of the decade. Now standing for 'progressive but with tougher beats and a sharper edge, remixes for Hooj, Platipus, Nebula & Deviant immediately followed, thus establishing themselves as 'first call' remixers.

Subsequently, collaborations with Zzino & Tomaz proved to be prolific, as their techno output on Headroom labels Session and Traction started flowing, finding flavour with Carl Cox, Bailey and the likes. Intec eventually got in touched and asked for 'latin techno tracks'. 'Sunshine' and 'Latin Loopworks' ended up being THE Ibiza favourite, and THE massive summer anthem for that year.

Offers to remix big hits like Green Velvet's 'LaLa Land', Bedrock's 'Emerald', Whatever Girl's 'Activator', Eddie Amador's 'House Music', Kira's 'I'll be Your Angel', just to name a few, further reinforced their fast rising status of highly acclaimed producers. And as if garnering the best ever selling techno record in history wasn't enough, the brothers decided to go for another challenge. In their debut mix CD Tribalicious, tribal monsters, tech beats, spacious overtones and some downright offbeat stuff were reworked, remixed, rebuilt, and abused (quite ironically) to perfection. And the Filterheadz sound was further armored and recognized.

2004 WMC marked yet another history in the making for the boys, when 'Yimanya' created huge waves to become another Ibiza monster tune, so huge that it was made Pete Tong's essential new tune. So huge that support from house, techno and trance DJs alike were massive. Just about anyone from across the dance floors to the consoles, from Tong to Sander to Jules to Tiesto - were all supporting 'Yimanya' in full force. Extensive DJ tours soon followed, but they still found time to remix for Faithless, Dido, Delerium, Tranquility Base as well as the biggest dance tune of 2004: Eric Prydz's 'Call on Me'.