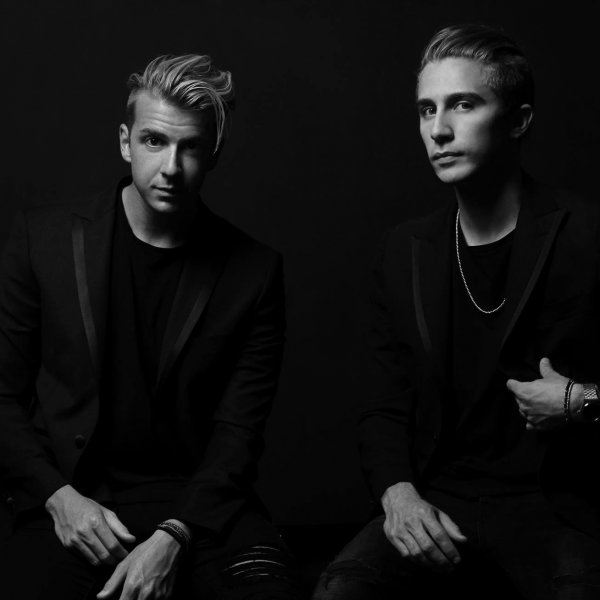 ANDERBLAST are Riccardo Lugli & Filippo Guidetti a duo of Dj/Producers based in Carpi (Italy).
The project was born at the end of 2013. Over the years they have achieved important goals: they released tracks on various record labels like Cloud9, Big & Dirty, Flamingo and Moganga (Gregor Salto's Imprint Label), receiving support from names like David Guetta, Fedde le Grand, Afrojack, Dimitri Vegas & Like Mike, Dada Life,Paul Oakenfold, Nicky Romero, Gregor Salto, Cedric Gervais and many more... Their music was played in the biggest festivals all over the world from Tomorrowland (Belgium) to Sensation White (Japan).
During this years their goal is that to improve their sound, song after song, experimenting with new techniques and softwares. The biggest change was in the 2017 with “Genesi” out on Steve Angello’s label Size Records.
At the end of 2017 they create their own record label “RAMBLA RECORDS”, where they signed tracks with big names in the scene like JP Candela, T78, Sinner & James to name a few.
2018 was the year of “ANIMA” out again on Size Records.
The reaction was so huge on this record, names like Mark Knight, Chus & Ceballos, Nicole Moudaber (played in her set at Tomorrowland), the house legend Roger Sanchez, Claude Von Stroke and many more support their track everywhere.
Mark Knight himself wants Anderblast on his prestigiuos record label “TOOLROOM”. They signed 2 tracks at the moment on the label.
The first was “Metamorfosi” on Toolroom Trax and then “Dinamica” released on the Miami compilation.
In these years they have the opportunity to play their music in some of the best clubs and venues of Italy and also they was hosted on the biggest radio stations all over the world (Radio 105, M2o, Di.Fm, Toolroom Radio, Los40 Dance).
The ANDERBLAST project is internationally recognized nowaday for their quality releases and makes them one of the projects to keep under the radar for the coming years.
LATEST TRACKSPOPULAR TRACKSDJ TOP 10s
1234...11
TRACK
ARTISTS
LABEL
GENRE
Sort

Nobody Else
Extended Mix (6:37)
SRCS, Devara, Terri B!, Anderblast