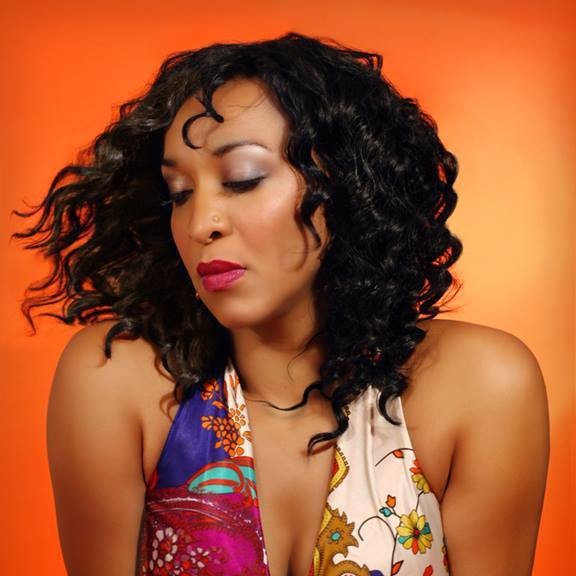 It all started in New York City, almost by accident. The Toronto native came to New York on vacation, and never went home. Growing up in Canada, the last of six children with parents of Jamaican heritage. She's had many genres of music that have influenced her. Her father and brother were both dj's and at a very young age she had the opportunity to see acts like "Sister Sledge, "Chic" & "Kool and the Gang". It all took place at Toronto's Ontario Place where free concerts were put on in the park. As she looks back, she realizes how lucky she was to have witnessed such great classic bands. She may have been a burden to her siblings, but she is more than thankful that her mother made them take her along. Lisa grew up in a house filled with reggae, funk soul, jazz, folk, rock, disco, and new wave. There wasn't anything she didn't listen to or wasn't open to when it came to music, and it shows in her work to date.

Being in New York, Lisa received a warm welcome from the underground electronic community, and released her first single written by DJ Smash. The title "Makin' Love Makin' Music," released in 1995 on New Breed Records. Other independent labels also featured her vocals such as Dj Wally And Swingsett's, "Dog Leg Left" on Ubiquity Records, and her first major hit in the UK, "If I Could" on Sirkus Records. A few years later she teamed up with Jay Denes, Dave Boonshoft, and Bruno Ybarra of Naked Music Recordings. Her writing partner and producer Dave Warrin collaborated with Jay Denes to create, "You are Love" and one of her most popular songs, "Always." "Always," earned her global acclaim that even the pop queen herself, Madonna mentioned the song as being, "so cool" in an interview with Rolling Stone Magazine in 2001. In 2005 she released her debut album "Cherry" with producers and co-writers Jay Denes, Dave Warrin, and Eric Stamile.

Lisa Shaw's music is featured on a broad spectrum of genres ranging from Deep House and Down tempo to Drum & Bass and Broken Beat. She's been featured on albums with King Britt, QBurns Abtsract Message, Presently, Lisa tours solo as well as with dj/ producer Miguel Migs of "Salted Music" in San Francisco. Salted Music released her 2nd album "Free" and has been her home since her departure from Naked Music in 2007.

"FREE" showcases Lisa's illustrious voice through a well crafted journey of soulful vibes and bouncy gems, with producers Dave Warrin, Miguel Migs, and Tim K keeping it moving. New House-Classics "Feel" and "All Night High" are supported by chill-inducing down-tempovbeauties like "Better Days", "Honey", and new Dance-Floor stompers "Music In You" and "Like I Want To."

Lisa Shaw has been a proven staple in the deep house world. She helped define an era with her releases on Naked Music, and continues to create timeless gems. Both albums "Cherry & "Free" take it back to the basics, while "sweet and simply" taking it beyond. Lisa looks forward to the future of her music career and strives for a constant push to explore modern sounds but most important is keeping the essence behind the music no matter how it changes.
LATEST TRACKSPOPULAR TRACKSDJ TOP 10s
1234...47
TRACK
ARTISTS
LABEL
GENRE
Sort