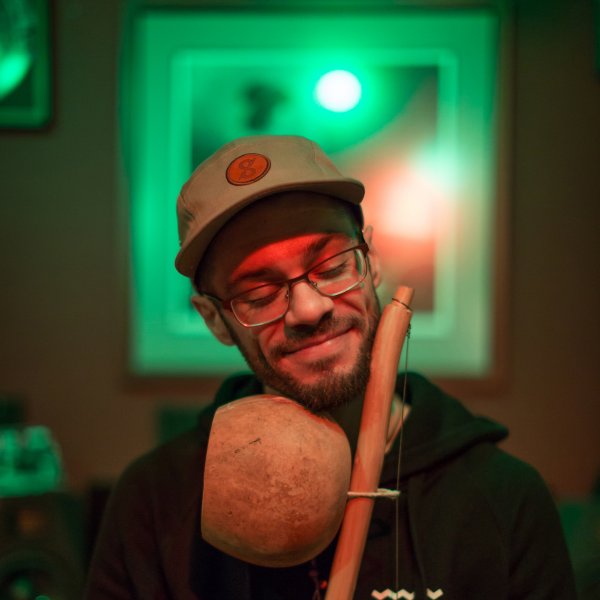 Coflo brings a true dancer's touch to house music. As a life long student of the American style of house dance and the Afro-Brazilian martial art Capoeira; Coflo looks to infuse his dance and movement experience into his musical productions. A true house head; he hopes to honor the beautiful culture and community that raised him in his home of the Bay Area in California USA.

In 2014 he founded Catch The Ghost Records as a creative outlet for his music which has blessed him with the opportunity to release a number of original and remix productions. In 2015 he released the single "Dance Floor Warriors"; which caught the ears of one of the worlds biggest and most influential "Afro House" labels of the times, MoBlack Records. Shortly there after Coflo's music could be heard making its way through quality soulful, afro and deep imprints like Sure Player, Merecumbe and Ocha Records. With many great projects under his belt it wasn't until 2017 when Coflo unleashed what might be the worlds first full length Capoeira and House music cross over album (LP) -"O Berimbau". Released on Boddhi Satva's Offering Recordings, O Berimbau has quickly spread through the international Capoeira community as well as choice tracks can be heard playing in underground house clubs. The album's story is narrated by the world famous Capoeira Grand Master; Mestre Acordeon. With the blessing and artistic collaboration from Mestre Recruta and Mestre Acordeon; O Berimbau is truly a staple of the dance floor culture and history in Coflo's home of the Bay Area.

Flash forward to 2019. Coflo has added a number of remix credits to his name, including remixes for heavy hitting producer/djs like: Seven Davis Jr, Sunlight Square, Hallex M, Doug Gomez, Hanna Hais, and DJ Said. To add to his recent accolades he also has numerous top 10 placements on the world renown traxsource.com charts; including his international hit single "Stress Relief" featuring a dance floor mayhem remix by the maestro himself - Osunlade. Coflo is also working double duties as A&R and label manager for the the world famous eclectic house music imprint, Ocha Records.

Needless to say there is plenty more in the works for Coflo. Look for his name monthly throughout 2019 for new original and remix productions.