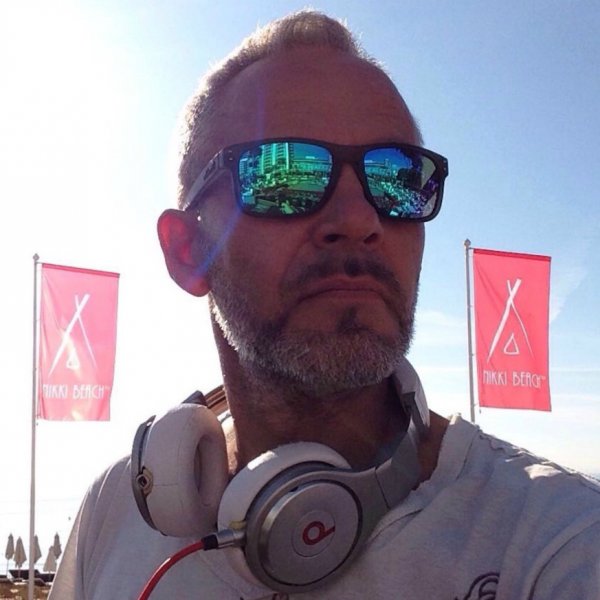 Andrea Monta is an Italian London based DJ, producer and music consultant. In over 25 years of career he played all over the world, being resident and guest DJ in: UK, Ibiza, Mallorca, Cannes, Montecarlo, Miami, Amsterdam, Austria, Malta, Hong Kong, Macao, Taipei, Moscow, Croatia, Greece, Egypt and of course Italy.

As a DJ, he has played at events for brands such as: Dom Perignon, Vertu, Sony Pictures, Audi, Alfa Romeo, Diesel Jeans, Redbull, Vogue Fashion Night, as well as being a regular on the Milan fashion show circuit. During the last years he created soundtracks for Stella McCartney events and the Venice Film Festival.

As a producer, he produced more than 50 singles and has scored a number 1 in the UK Club chart with Wisdome – “Off The Wall” released on Positiva-EMI, got a platinum certification in Italy for his remix of Black Eyed Peas – “Don’t Phunk With My Heart”. His productions have been included in the best compilation worldwide: Cafè Del Mar, Hed Kandy, Ministry of Sound, and Nikki Beach.