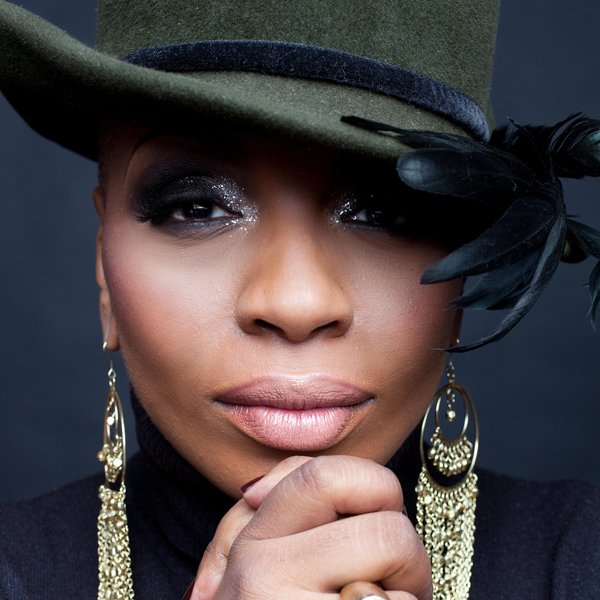 International singing sensation Janice Robinson, the daughter of the late-great Dr. Rev. J.J. Robinson, conquered the music industry as a singer, songwriter, choreographer, actress and performer whose pen has written popular music’s most inspirational tunes since the 1990’s internationally. Janice was born and raised in Garfield New Jersey were she attended school # 7 from K through 8th grade. She attended Garfield High School for 1 year then transferred to the legendary East Side High School in Paterson New Jersey which ended up having a movie based on the years Janice attended. Lean On Me starring Morgan Freeman shows the incredible depiction of the high school life Robinson endured.

After becoming a young scholar of vocal music at the iconic East Side High School in Patterson, NJ, under the leadership of famed principal Joe Louis Clark, Robinson’s rise to fame began while she was a student at Adelphi University. Janice was discovered by legendary producer Niles Rogers and singer Carole Davis, whom Robinson became her choreographer during the late 1980’s. During her college years, a meeting with a family friend landed her a coveted spot as a back-up singer for Rick Wes during the sold-out world Hangin’ Tough tour headlined by 1980’s teen-pop royalty Tiffany and New Kids on the Block. Months after the tour, Robinson nabbed the lead singer role of the Euro-dance/pop group Snap! who ultimately taped her first TV performance ever with the #1 international hit “The Power” on “Soul Train.”

Garnering exposure in the music industry by working around the world’s most popular acts allowed Robinson to shine in the forefront as she formed the Euro-dance/pop group Livin’ Joy with Italian deejays Paolo and Gianni Visnadi in 1993. Serving as the lead singer, she penned and recorded the group’s debut single “Dreamer” which debuted at #1 on the UK Singles and Billboard Hot Dance Club Play charts in 1995. “Dreamer” is now a global Euro-dance classic that has also charted well in Australia, Italy and 24 other countries.

In 1998, Robinson pursued a solo career as an alternative rock/soul artist. Her demo landed in the hands of Grammy Award-winning/Golden Globe-winning entertainer Queen Latifah, Latifah's manager Shakim Compere, A&R veteran executive Larry Rudolph and EMI publisher Evan Lamberg, who were all instrumental in her signing to Phil Quatarero at Ghetto Works/Warner-Chappell Music. Quatarero felt like he discovered the female version of rock/soul singer/guitarist Lenny Kravitz. She immediately began working on her debut album The Color Within Me with an A-list selection of producers and musicians including Allen Sides, Ry Cooder, Waddy Waddy Wachtel, Steve Feronni, Jim Keltner, Siedah Garret & Richard Page. The LP caught the legendary rock ‘n’ roll singer Tina Turner's ear which prompted her to handpick Robinson to open Turner’s Twenty Four Seven Tour which also included pop music veteran Lionel Richie. Simultaneously, Robinson was known in the music industry as the "writer with an honest pen" as she collaborated with artist/producer Wyclef Jean to write music for American singers Tevin Campbell, Taylor Dayne and Kristine W. after striking a publishing deal with EMI thru Lamberg. Upon closing the Twenty Four Seven Tour in 2001, Robinson took a break from recording to live in Europe, raise a family and continue honing her songwriting gift, as suggested by Turner. In 2002, Robinson gave birth to daughter Kura while living in Paris. Robinson threw herself deeper into her songwriting craft that which began to take off tremendously in the international markets.