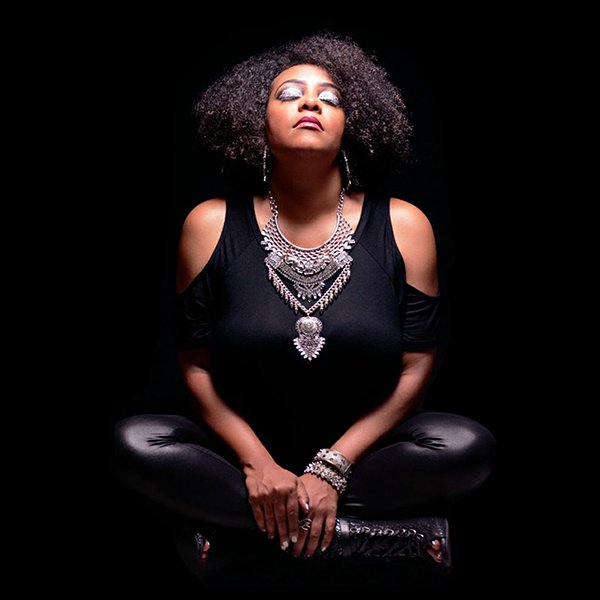 T’s Box Records Artist, Danielle R. Sanders, known musically as Black Widow is a Chicago native, spoken word recording artist, writer, blogger and poet. She has been writing and blogging for over 20 years providing commentary and expressing thoughts on life, love and relationships. Her artistry can be heard on house music singles, “Rough”, and “Gruv Me” released by Grammy Nominated Producer and CEO of T’s Box Records & T’s Crates, Terry Hunter under the production of Mike Dunn and Dee Jay Alicia. Both reached #1 on Traxsource’s Afrohouse chart in the year of release. She is also featured on the Terry Hunter Retouch of the song, "Fenix" by Emmaculate. In May 2018, she released her first solo debut, “House Is” produced by Mike Dunn, which reached #2 on the Soulful House Charts and is currently blowing up dancefloors all around the world. She has performed next to some of the greats in the Chicago House and Dance Music Scene at venues such as, The Shrine, House of Blues, Renaissance Bronzeville and more.

This artist wears many creative hats.She is the owner and founder of two websites, “Black Widow’s Web”, a website dedicated to the Chicago Music Scene and Culture and “The Sum of Many Things”, a lifestyle, personal development and advocacy blog for Black Women. As a Music Blogger, she covers music events and parties around the city and interviews some of Chicago’s rising stars on her website, Black Widow’s Web. She covers house, soul and R&B Events for several outlets, such as City Winery, The Chosen Few DJs, The Summer Oasis Music Festival and more as their official blogger. She is also the founder and president of Black Bloggers Chicago, organization dedicated to supporting, educating and connecting Chicago Content Creators and Bloggers of Color. She teaches marking and branding for creatives in digital spaces and connects her network with brands and companies looking for influencers of color.
LATEST TRACKSPOPULAR TRACKSDJ TOP 10s
123
TRACK
ARTISTS
LABEL
GENRE
Sort