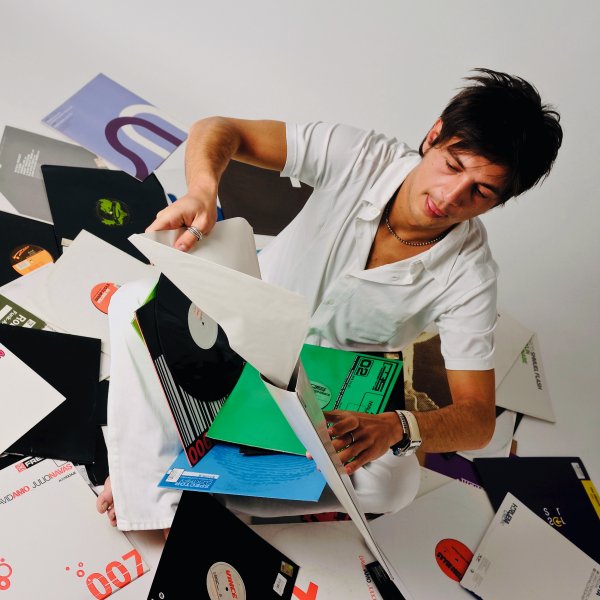 Andrea Cerutti is one of the most popular and respected Italian in the worldwide music scene for many years: as FUZZY HAIR, he made some unforgettable huge remix anthems, soundtracking every festival, dance event and Ibiza club night...CLASSICS like ERICK MORILLO "Dancin", DAVID GUETTA "Stay", MOUSSE T "Right About Now" where the -Fuzzy Hair Remix- established as an unstoppable world wide club hit.
Since then he has collaborated with the best international superstars: huge works for 3 singles of DAVID GUETTA (Stay/Love Is Gone/In LOve With Myself), for 3 singles of BOB SINCLAR (Groupie/Fuck With You/Tennesse), for SOPHIE ELLIS BEXTOR (Starlight), TOM NOVY (Superstar), BLACKBOX (Everybody Everybody) again BENNY BENASSI, DJ ANTOINE,JUNKIE XL, TUBE & BERGER..and many others.

Due to this fame, Andrea is a DJ appreciated and requested all over the world : clubs like OXA Zurich, FAMOUS Melbourne, AMNESIA Ibiza, OPIUM GARDEN Miami, CAVO PARADISO Mikonos ..and again Mumbay, Budapest, Liverpool, Moscow, Sydney, Kiev, Riga, Rome and Marrakech are just a short outline.
His dj-sets are full of energy.. a crowd-pleasing collection of his own originals, remixes, edits and bootlegs.