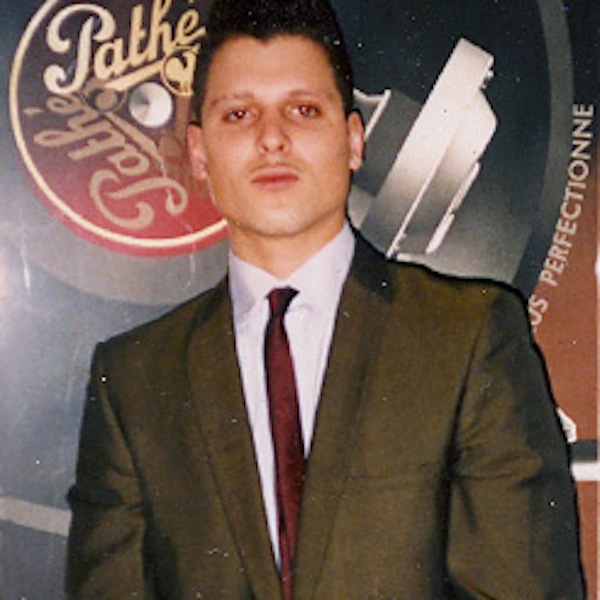 Joey Longo has been a part of the dance music soundscape for those in the know from way back when, his first records surfacing in 1990 under a variety of monikers and on a slew of labels, some (Cabaret, Loop d'Loop, Foot Stompin') his own, others (Underworld, Maxi, Minimal) not, but the label copy always bearing the credit 'produced by Pal Joey'.

Queens, NYC born-and-bred Italian-American Joey took his alias from the Broadway musical of the same name, the titular character of which was memorably played on the big screen by the most famous of Italian-Americans, Frank Sinatra.

Joey hit paydirt early on, as one of his earliest records, Dance (as Earth People), hit big in dance music terms. It's a bone-fide classic, an early example of the disco-house cut-up but with a raw energy that would not often be duplicated when disco-house became a formula. One of countless tunes built around Carl Bean's I Was Born This Way, it's heard here in its minimalist 'Beats' version.

If Carl Bean was a quintessential underground club record, the likes of Roy Ayers and Dexter Wansel were well known to audiences on both sides of the Atlantic, though disco itself was relatively unfashionable at the time.
Nesting such iconic sample material amongst fizzing drums struck a chord with dancers alienated by the harder, bleepier direction much of house had gone in at the time, and with Hot Music (as Soho) Joey 'crossed over' to the acid-jazz scene on both sides of the Atlantic.

Records like Hot Music and Drum Major Instinct were entirely studio-based, and, too raw to qualify as acid-jazz proper, but their stuttering off-kilter rhythms made them stand out from the house/garage mainstream. Joey was clearly a producer with an idiosyncratic vision.

At this time, Joey had a residency at Nell's, the club that had revived the Sinatra-era supper club tradition after the excesses of the disco era, and he made a name for himself with his selection of contemporary dance music, party classics, hip-hop and even reggae, all cut and mixed with the skills of a hip-hop DJ. The club's chic elitism made it popular with the most fashionable and with some of the hipper movers and shakers of the music industry.

One such was KRS-1 of Boogie Down Productions, one of hip-hop's legends even then, who was taken enough with Joey's blunted beats to hire him hired him for a series of remixes and production duties. Joey remembers 'in the early 90s it wasn't cool for the hip-hop kids to dance', so the props from BDP clearly marked Joey as a man straddling a distinctive space of his own.
LATEST TRACKSPOPULAR TRACKSDJ TOP 10s
1234...24
TRACK
ARTISTS
LABEL
GENRE
Sort