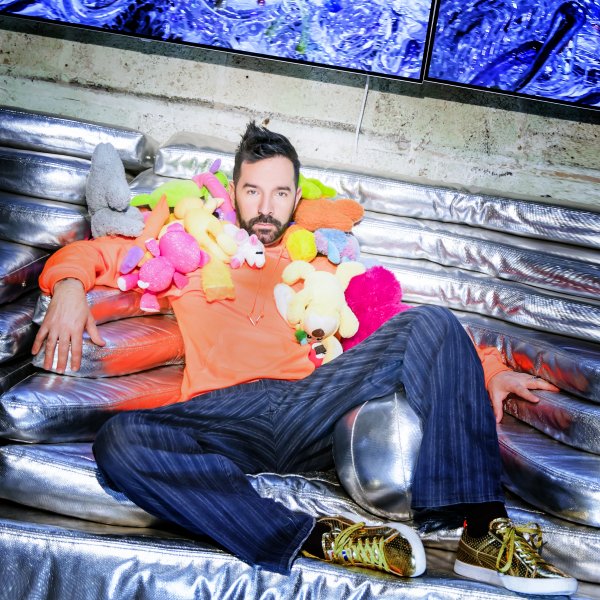 JASON WALKER 5 TIME BILLBOARD # 1 DANCE MUSIC
VOCALIST
Jason Walker grew up in Pittsburgh, singing in church choirs and then in local R&B and Blues bands. He first shined on the national spotlight with a winning performance on TV’s Its Show Time at the Apollo.
Following his TV debut, he moved to New York City and was quickly signed to dance music icon Junior Vasquez's, label, JVM, where he recorded two albums, “This Is My Life” and “Flexible,” garnering three Top 10 Billboard hits (“My Life,” “No More,” and “Movin’ On”), two Billboard #1s (“Foolish Mind Games” and “Set It Free”) Jason and Tony Moran first met through Junior Vasquez when Vasquez
commissioned Tony Moran to remix “Set It Free.” Jason would go on to receive 2 IDMA (International Dance Music Award) nominations including one for Best Breakthrough Dance Artist.
In 2010, Walker released his third full-length album “Leave It All Behind” independently, landing his seventh Top 20 Billboard Dance hit. His eighth release, “Raise Your Hands,” climbed to #17 on the Billboard charts. He followed with “Beat Don’t Stop” (a song that peaked at #5 on Billboard), “Tell It To My Heart” (an explosive re-imagining of Taylor Dayne’s pop classic, produced by Bimbo Jones, that hit #10 on Billboard), “So Happy” and “Say Yes” (his third and forth Billboard #1s).
To support their single “I’m in Love with You,” Tan Man Music commissioned remixes from some of the top names in dance music, including Rosabel, Moto Blanco, Sted E and Hybrid Heights, Mike Cruz, Tommer Mizrahi, Strobe, Dinaire and Bissen, Boris, and more.
Moran and Walker also re-enlisted videographer Karl Giant, the director of the “So
Happy” and “Say Yes” music videos. Giant, in turn, brought in artist Randy Polumbo,
whose work has exhibited at the Bass Museum in Miami, Art Basel Miami Beach,
Burning Man and Coachella, as well as a few World champion and Olympic ice skaters, to create a visual work of art for “I’m in Love with You.”
For their new 2019 single, "Perfect Bitch" released on Radikal Records, Walker and Moran along with Radikal got the All-Stars involved...names like James Hurr, Stonebridge, Micky Freidman, Moto Blanco, Strobe, and Rabbit In The Moon all put their Midas Touch on remixes that accompany the Acid Trip of a video.
For upcoming live performance dates, visit jasonwalkermusic.com
LATEST TRACKSPOPULAR TRACKSDJ TOP 10s
1234...21
TRACK
ARTISTS
LABEL
GENRE
Sort