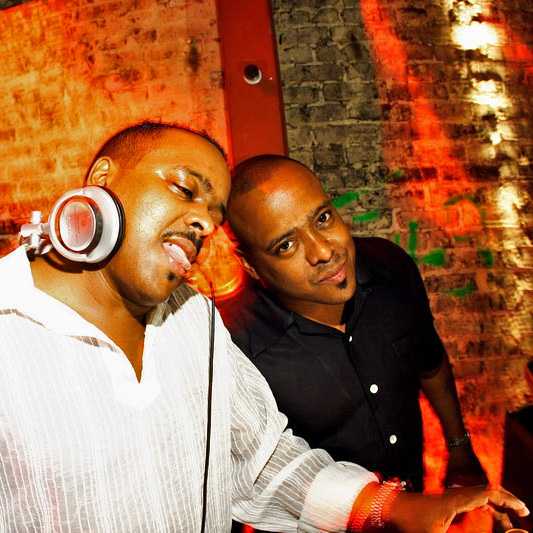 It could be their 'Zoo Experience' radio show, the longest running show on London's Kiss FM, or the legendary parties that were 'Garage City' and Soul Heaven? Perhaps it's their ultimate dance weekender Summervibes, or their sell-out parties at the Miami Winter Music Conference? Maybe it's the famous Klub Zoo, or their Friday night residency, Groove On @ Heaven or it might just be their exciting agenda of plans they have for 2005 the list is endless. Exactly what makes Bobby & Steve so successful is hard to define, but one thing is for sure, they've come a very long way from their weekly slot at Simpson's Wine Bar in East London's Forest Gate.

Brought up on and inspired by the greats of soul music, such as Teddy Pendergrass, Loose Ends, The Chi-Lites, Leroy Burgess, McFadden & Whitehead, Barry White, Thelma Houston, and the Jones girls. Born and bred East End twins Bobby & Steve's musical heritage rests firmly on the shoulders of soul funk and disco. In 1984, at just twenty years of age the twins landed their first regular DJ gig at a local wine bar, 'Simpson's', and soon afterwards were holding regular Saturday night warehouse parties, searching out illegal venues which were big enough to hold the hoards of followers as the word spread. Bobby & Steve soon became both instrumental and respected figures in the eighties warehouse party scene, through playing their favourite soul and funk music at their own parties alongside fellow guest DJ's Norman Jay, Linden C and Trevor 'Madhatter' Nelson.

Once Kiss FM was granted its legal place on the airwaves in 1990, the twins decided to do the same with their now somewhat legendary Klub Zoo night. Originally held every Wednesday night at Munkberry's in the heart of London's west end back in 1988, the timing was perfect for the return of Klub Zoo every Friday night with it's new found home at the Soho Theatre. Famed for its mix of classic soul, disco grooves and very early house music, the Zoo regular following would flock religiously to the club each week to hear their favourite Salsoul, Prelude or Philadelphia International grooves. Klub Zoo ran for Three successful years and Bobby & Steve and the club later became instrumental in planting the UK roots for what would later become more commonly referred to as US House and Garage music.

However, it was a trip to New York at the tail end of the eighties that was to mark a major turnabout in the futures of Bobby & Steve and Zoo. A visit to Larry Levan's infamous Paradise Garage club gave the twins their first taste of a new sound dubbed 'Garage' music, a sound which American jocks such as Levan and Tony Humphries were championing. Evolving from the more soulful and gospel parts of disco, garage music with its soaring vocals, intricate melodies and jazzy instrumentals, captured the ears of the twins. They had found their sound, dance music that still contained their beloved soulful influences.
With this in mind Bobby & Steve went back to London and wasted no time in launching their legendary Saturday night venture 'Garage City', hailed as the UK's most established Garage night out, playing the best in soulful, funky and uplifting house & garage each and every Saturday for a phenomenal 12 years, and seeing them joined regularly by the biggest names from the house and garage arena. 'Garage City' has had visits fro
LATEST TRACKSPOPULAR TRACKSDJ TOP 10s
1234...5
TRACK
ARTISTS
LABEL
GENRE
Sort