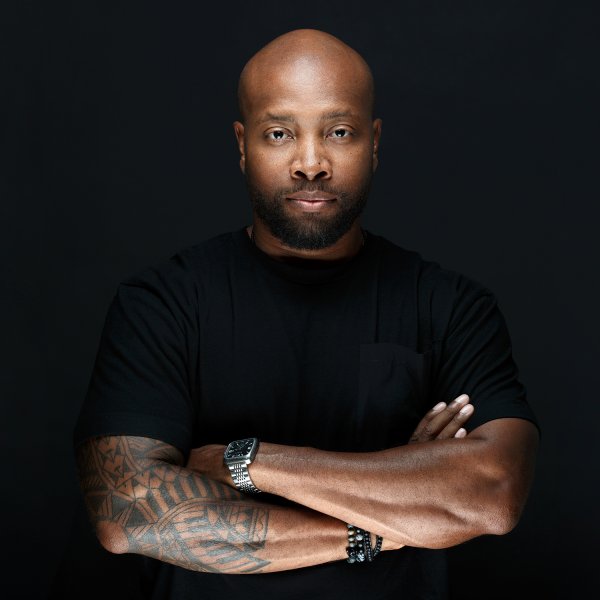 The soul of a dancer runs through each interlocking groove, foot-stomping bass line, and shoulder-shaking beat Blaqwell, aka Jamel Rankins, creates. Each note is brilliantly painted with thick layers of sultry funk and tinted by the legacy of house music history. He effortlessly translates the raw power of classic house into a modern context. A talent often recognized by DJs and industry luminaries the world over. His releases on Toolroom, Brobot Records, Simma Black, W&O Street Tracks, and more have gained support from a diverse group of artists including Low Steppa, Kerri Chandler, Marco Corolla, Maya Jane Coles, Roger Sanchez, Mark Knight, Frankie Rizardo, and the late great Frankie Knuckles.

His symbiotic bond with house music culture stretches back to when he ditched his high school prom to do battle in the dance circles at the legendary New York nightclub Limelight. He cemented his love for house on the dancefloor, as one should. And as he became further immersed, he fell deeper in love with the subculture that accepted and nurtured the natural-born artist that didn’t always quite fit in elsewhere. His love for house music continued to coalesce as dance circles gave way to DJ booths and drum machines.

Blaqwell’s background as a graphic designer and creative director – he has worked with prestigious brands like Puma, Disney, Lucky Jack, Bonnaroo Music Festival, and Undr The Radr – has informed the visual direction of Brobot, the essential New York Record label he runs with partner and long time friend Junior Sanchez. And he is also the artistic mind behind house music lifestyle and clothing brand Subsol.

Behind the decks, Blaqwell’s artistic energy flourishes. His dynamic DJ sets allow him to express the full breadth of his encyclopedic knowledge of house and techno. He's regularly called upon to ensure that dance floors from Amsterdam to Miami are properly laced and bumpin’ with his trademark grooves – sharing the stage with the likes of Carl Craig, Derrick Carter, Stacey Pullen, Doc Martin, Weiss, Gene Farris, and more.

Each time he steps behind the decks, he does so intending to communicate his ethos to the dance floor through music. He says, “I think there's a magnetism between the disenfranchised, the unaccepted, and those who have not found their way yet. And this is the vibe that house music was born of.”
LATEST TRACKSPOPULAR TRACKSDJ TOP 10s
1234...11
TRACK
ARTISTS
LABEL
GENRE
Sort