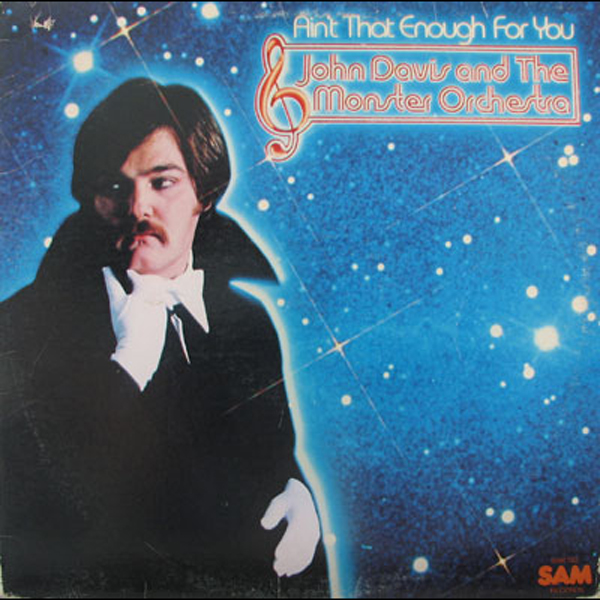 John Davis and the Monster Orchestra were an American disco band, noted for their lead member (John "the Monster" Davis), who lent his name to the band as well as producing all of their output.

The ensemble released its first album, Night and Day, in 1976. The 12" single, "I Can't Stop", was one of its original tunes. The album enjoyed minor success and its second release was 1977's Up Jumped The Devil. By 1978, the band had released its third album, Ain't That Enough For You. It was their most commercially successful release, featuring the self-titled hit "Ain't That Enough For You." The album gave the outfit its only UK hit, when the record reached #70 in the UK Singles Chart.[1]

1979's The Monster Orchestra Strikes Again! would be the band's final album release. The record spawned two 12" singles: "Love Magic" would rival the group's previous success, whilst "Bourgie Bourgie" was a cover version of the Ashford & Simpson penned song.

John Davis and the Monster Orchestra released a last gramophone record in 1981. Available only on a 12" single, "Hangin' Out" charted on Billboard Hot Dance Club Play chart in August 1981 and topped at number 46. In 1990, a remix of "(Feel The) Love Magic" was released and it became a club hit again. In 1992, Davis wrote, produced and performed the "Theme From Beverly Hills, 90210."
LATEST TRACKSPOPULAR TRACKS
1234...6
TRACK
ARTISTS
LABEL
GENRE
Sort